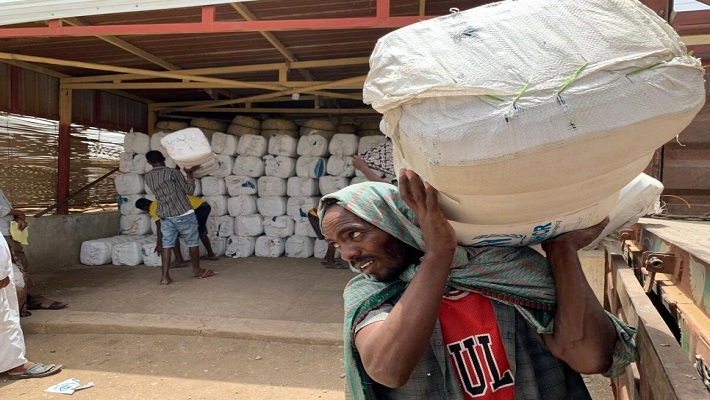 AL-QADARIF, JULY 2, 2021(CISA) – Over 16,000 Ethiopian refugees in Um Rakuba and Tunaydbah refugee settlements in Eastern Sudan have been displaced after several weeks’ long storms razed the tents, sweeping away belongings and destroying infrastructure.

“Nearly 4,000 out of 10,000 individual family tents have been damaged by strong winds, heavy rains, and hailstorms. Emergency latrines and other facilities have also been destroyed,” United Nations High Commissioner for Refugees (UNHCR) reported June 29.

Speaking at a June 29 press briefing at the Palais des Nations in Geneva, UNHCR spokesperson Boris Cheshirkov said that UNHCR and its partners are in a race against time and nature to repair and reinforce shelters and ensure that affected families have access to clean water and safe latrines with storms expected to intensify further during the rainy season, which continues from June to October.

“We are replacing blankets and sleeping mats and replenishing food supplies. Distributions of 2,500 emergency shelter kits – ropes, wooden poles, and bamboo sticks – are underway to help those most impacted to reinforce their tents. A total of 10,000 emergency shelters kits are planned for distribution with an additional 5,000 in reserve,” he said.

UNHCR and partners are currently finalizing construction and rehabilitation of 60 kilometers of roads to both Um Rakuba and Tunaydbah, which is critical to ensure access to the camps as well as to about 15 host community villages throughout the rainy season.

They are also digging drainage systems in the two sites to mitigate the risks of further flooding. Partners are constructing semi-permanent schools, as well as permanent latrines and showers. However, UNHCR reports that accelerating the work is challenging because of continuing storms.