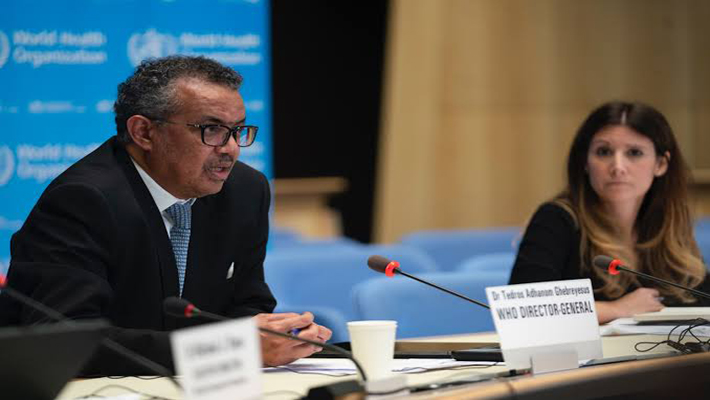 GENEVA, MARCH 20, 2020 (CISA) – “Africa should wake up, my continent should wake up,” Tedros Adhanom Ghebreyesus, the Director General of World Health Organisation has said.

Speaking from Geneva on March 19, Ghebreyesus warned that while Africa’s cases are currently low, the continent should learn from how the spread of the virus has escalated in other continents.

“WHO’s recommendation is actually mass gatherings should be avoided and we should do all we can to cut it from the bud, expecting that the worst could happen,” he said.

With 633 confirmed cases in 34 countries and 17 deaths in Africa, governments are rushing to reinforce measures to contain the spread of coronavirus, suspending large gatherings, religious activities, and closing education institutions.

The Church in Africa has put in place measures in adherence to WHO and supported the government’s efforts in controlling the spread of coronavirus, with many issuing pastoral guidelines around celebration of Mass.

“Prevention is better than cure. ZCBC full supports the various calls to take serious and drastic measures to prevent the spread of Coronavirus in the country, whose urgency cannot be overemphasised,” reads a March 17 statement by the Zimbabwe Conference of Catholic Bishops.

The Zambia Conference of Catholic Bishops in a pastoral guideline issued March 17, stressed on self-distancing and improved personal hygiene.

“Church authorities are morally obliged to be very cautiously creative in taking pastoral measures for those whom we are serving and cooperate and support all the precautionary measures recommended by the government for people’s safety,” said The Catholic Bishops Conference of Ethiopia.

“Since public gatherings have been banned, we urge our clergy, religious, Catechists and laity to refrain from conducting the stations of the cross, crusades, workshops and retreats of more than 10 people,” reads a statement signed by Rt. Rev. Joseph Anthony Zziwa  the chairman of Uganda Episcopal Conference.