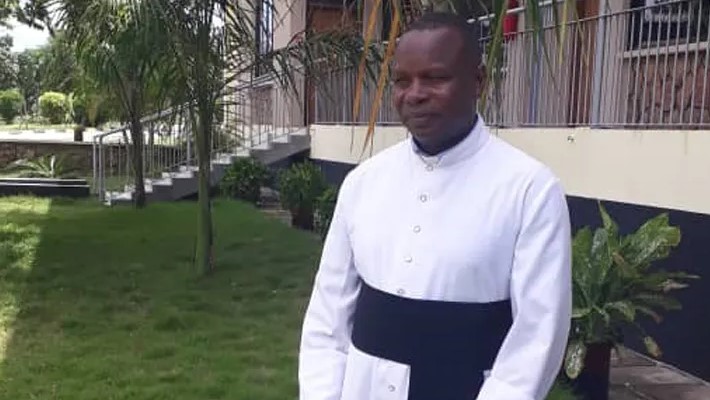 BUNDA, APRIL 9, 2021 (CISA)-Pope Francis has appointed of Fr Simon Chibuga as the new Bishop of the Catholic Diocese of Bunda.

His appointment was announced on April 6, 2021.Before his appointment, he was the director of the Saint-François d’Assise Nursery and Primary school, Parish Administrator and President of the Union of Priests of Bunda.

“The Holy Father has appointed as bishop of the diocese of Bunda, Tanzania, the Reverend Simon Chibuga Masondole of the clergy of the same see, until now parish administrator, director of the Saint Francis of Assisi Nursery and Primary School, and president of the Priests’ Union in Bunda,” the announcement made on April 6 reads.

Fr Simon Chibuga 48, was born in Bukiako, Ukerewe. He went to the Major Seminary of Our Lady of the Angels in Kibosho from 1998 to 2001. He also studied at the Major Seminary of Saint Charles Lwanga in Segerea, in the diocese of Dar-es-Salaam where he was later ordained priest on July 2, 2006.

He began his priestly duties in 2006 by serving as the deputy parish priest of Kahangala, Mwanza and in 2006-2008, he was the vice-director of the Diocesan Office of the Liturgy and deputy pastor to Nansio parish in Bunda.

He studied liturgy at the Santa Giustina Institute of Pastoral Liturgy in Padua Italy in 2008-2012 and served as a Parish Assistant at Conselve during this time. And from 2012 to 2016 he also studied at the Pontifical Athenaeum of Saint Anselm in Rome and exercised pastoral service in the diocese of Tortona-Italy from 2015 to 2018.

The diocese of Bunda which covers 5,500 square kilometers has approximately 50,000 Catholics according to the Tanzanian Episcopal Conference (TEC). There are also 31 Diocesan priests, 30 religious women, 10 religious priests and 384 catechists serving at various parishes and institutions in the diocese.