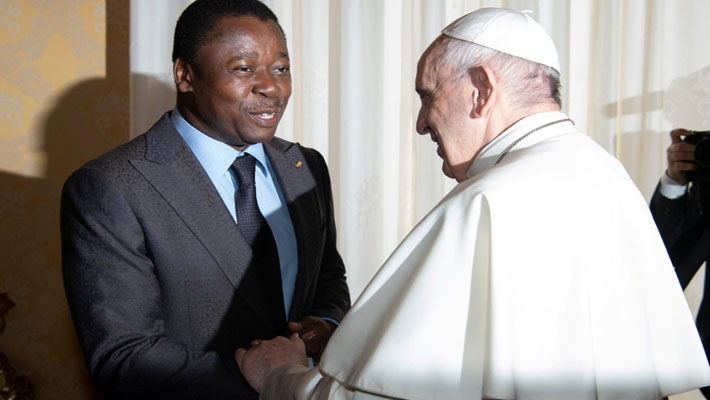 “During the cordial discussions, the good existing relations between the Holy See and Togo were evoked, as well as the prospects of their further consolidation,” reported Vatican News.

The talks were focused on the current situation of the West African nation, “Underlining the contribution of the Catholic Church to the integral development of the Togolese population, especially through her commitment in the fields of education and healthcare.”

They also discussed some challenges specific to the countries of West and Sub-Saharan Africa, and showed, “The need for joint efforts at regional and international level in favour of security, stability and peace.”

Pope Francis presented a sculpture along with his message of peace documented.  Also among the gifts was the document he signed with Imam of Al Azhar on human fraternity; and his Encyclicals as well as Apostolic Exhortations.