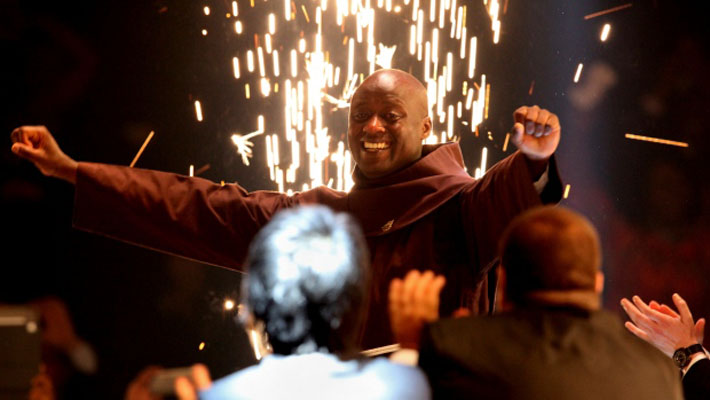 Bro Tabichi, a mathematics and physics teacher at Keriko Mixed Day Secondary School in Nakuru, bagged the KSh 100 Million prize beating nine other competitors at a ceremony held in Dubai.

“Every day in Africa we turn a new page and a new chapter… This prize does not recognize me but recognizes this great continent’s young people. I am only here because of what my students have achieved,” he said after receiving the award.

According to a statement issued by the Varkey Foundation, Bro Tabichi, “…has led his poorly-resource school in remote rural Kenya to emerge victorious after taking on the country’s best schools in national science competitions.”

Around 95 percent of the school’s pupils hail from poor families, almost a third are orphans or have only one parent, and many go without food at home. Drug abuse, teenage pregnancies, dropping out early from school, young marriages and suicide are common,” the statement read.

Bro Tabichi was also praised for his dedication in educating children by donating 80 percent of his monthly salary to help the needy students in his school.

President Uhuru Kenyatta acknowledged the contribution of Bro Tabichi in the education sector in the country.

“You chose to teach in a remote part of Kenya and chose to transform lives in such situations, a choice that I am sure was difficult. You believed in those that you served and even gave part of your teacher’s pay towards your pupils well-being. Because of your sacrifice, all those children who crossed your path are now fulfilling their full potential,” President Kenyatta said in a speech televised to Dubai from State House, Nairobi.