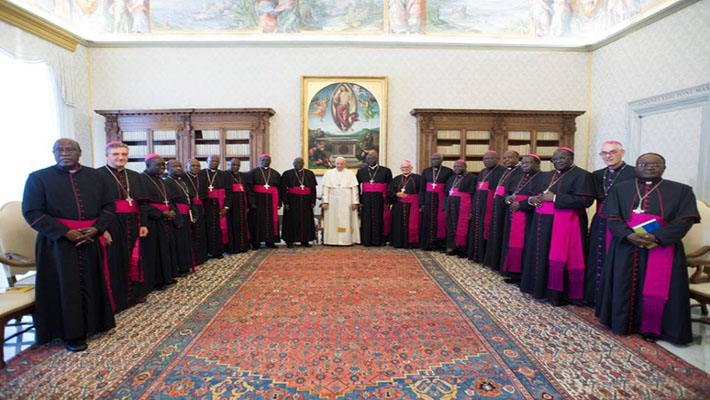 ROME, JUNE 22, 2018 (CISA)-The Uganda Episcopal Conference has expressed and strengthened the communion of the Church in Uganda with the universal Catholic Church during their ad limina visit from June 12 to 23 in the City of Vatican.

Led by Archbishop John Baptist Odama, the chairman of the conference, the Bishops shared the situation of the local church and sought his guidance on the challenges facing the Church in the country.

During the visit, they joined the Uganda community in Rome for Mass at the Uganda Martyrs Parish on Sunday June 17.

“The last ad limina visit of the Bishops from Uganda was in March 2010, under Pope Benedict XVI,” said a statement signed by Archbishop Odama and released to the press before the Bishops left Uganda.