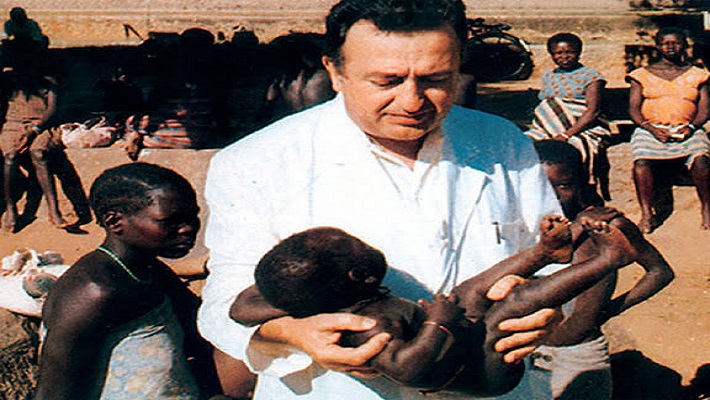 GULU, NOVEMBER 22, 2022 (CISA) – Fr Dr Giuseppe Ambrosoli, a member of the Comboni Missionaries of the Heart of Jesus, was beatified in a solemn ceremony at the Kalongo Catholic Mission, Agago District in the Catholic Archdiocese of Gulu, on November 20.

“The venerable servant of God Giuseppe Ambrosoli, professed Priest of the Congregation of Comboni Missionaries of the heart of Jesus, doctor and Priest who as a good Samaritan tirelessly made himself close to the needy, to heal their wounds of body and soul, may he henceforth be called Blessed and be celebrated each year on the 28th of July in the places and according to the rules of the law,” said Pope Francis in the Apostolic Letter dated October 7.

The beatification ceremony of ‘the Saintly Doctor’ celebrated on the Feast of Christ the King, was presided over by the Apostolic Nuncio to Uganda, Archbishop Luigi Bianco, two years later, after it was postponed in 2020 due to the Covid-19 pandemic.

Fr Ambrosoli was remembered for his humility, faith and charity during his life; healing the bodies and souls of the people of Uganda.

“This beatification, is the first of a Comboni missionary who accomplished in his life, what he proclaimed with his lips,” said Fr Arnaldo Baritussio, the postulator for the cause of the sainthood of Blessed Ambrosoli.

Archbishop Bianco in his homily said, “Fr Ambrosoli was famous as a doctor but he reacted with a great detachment to such a claim and was always careful to emphasize that it is not his fame which should prevail but have all the glory that was, due to God.”

Blessed Ambrosoli was born on July 25, 1923, in Como, a province in Northern Italy. At the age of 28, in October 1951, he presented himself at the house of the Comboni Missionaries in Como and was ordained a priest, five years later at the age of 32. He arrived in Kalongo, Uganda, in 1956 where he worked until his death on March 27, 1987.

His Excellency Yoweri Kaguta Museveni, the President of the Republic of Uganda, hailed the new blessed in the Catholic Church as a selfless man; “He spent a lot of time here…healing people and also preaching the word of God. He was in a remote place. He left the comfort of his home in Italy. He was a qualified doctor and he could have worked there but he came here.”