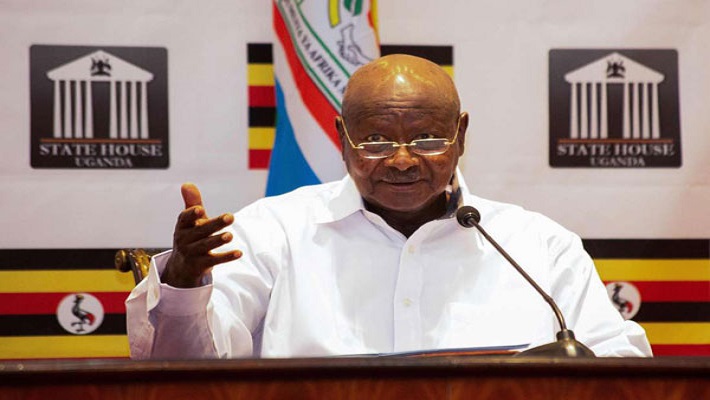 KAMPALA, APRIL 3, 2021 (CISA) – “With profound grief, I have learnt of the death of Kampala Archbishop Cyprian Kizito Lwanga. I join the Catholic Church, all religious faithful, and the country in mourning Archbishop Lwanga. He has died in faith. May God grant his soul eternal repose,” reads a statement by President Yoweri Museveni following the death of the Archbishop of Kampala.

“Although religion gives us the comfort that when we die, it is because God has called us, I want our people to stay here as long as possible. Hence doctors should have explored all options when dealing with known conditions like the one that killed Archbishop Lwanga,” President Museveni added.

According to a statement issued by the archdiocese of Kampala dated April 3 signed by Fr Pius Male Ssentumbwe, Archbishop Lwanga was found dead in his room on Saturday morning.

“With deed sorrow, I hereby inform you that our beloved Shepherd, the Archbishop of Kampala, His Grace Dr Cyprian Kizito Lwanga has been called to the house of the Lord. The archbishop was found dead in his room this morning,” the statement reads.

Archbishop Lwanga was born in 1953, he was appointed Bishop in 2006 after Cardinal Emmanuel Wamalwa retired.

He ordained Priest on April 8, 1978 at Rubaga Cathedral by Cardinal Emmanuel Kiwanuka Nsubuga. He served as a priest till November 30, 1996 in the Kampala Archdiocese.

Archbishop Lwanga’s burial will be held on Thursday April 8 starting 10 am at the Metropolitan Burial grounds beside the Rubaga Cathedral.