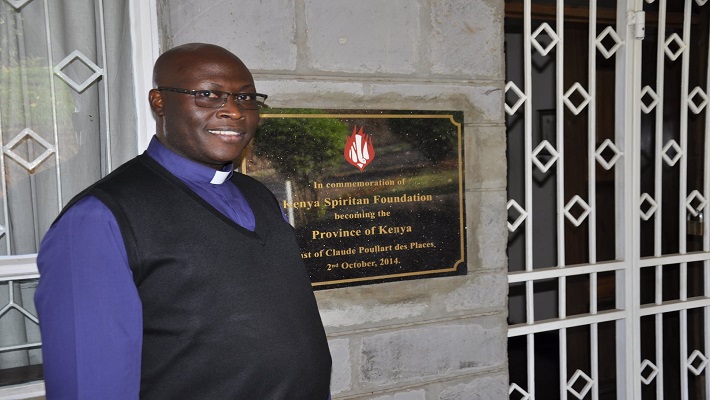 In an announcement made by the Holy See Press Office on April 4, “The Holy Father has appointed Rev. Fr. John Mbinda, C.S.Sp., former Provincial Superior of the Congregation of the Holy Spirit in Kenya and South Sudan, as Bishop of the Diocese of Lodwar (Kenya).”

Bishop-elect Rt Rev John Mbinda, C.S.Sp., becomes the third Bishop of the Diocese after Rt Rev Dominic Kimengich who was transferred to shepherd the Catholic Diocese of Eldoret and Patrick Joseph Harrington who retired in 2011 after attaining the canonical age for retirement.

Born in Machakos in 1973, the bishop-elect attended Pope Paul VI Junior Seminary in the Diocese of Machakos (1989-1992) and entered the Congregation of the Holy Spirit, making perpetual vows on 12 October 2001.

The 48-year-old Bishop-elect was ordained priest in 2002 after studying his Philosophy (1993-1996) at the Spiritan Missionary Seminary in Tanzania and Theology at Tangaza University College in Nairobi (1997-2002). He further holds a Master’s Degree in Development Studies from the Kimmage Development Studies Center, Ireland (2008-2010).

He has previously served as Parish Vicar of the Tangulbei Catholic Mission (2002-2004) and Parish Priest of the Kositei Catholic Mission in the Diocese of Nakuru (2004-2008); Pastor of St. Austin’s Parish in the Metropolitan Archdiocese of Nairobi and Head of the Development Office of his Congregation (2010-2015); Provincial Superior of the Congregation of the Holy Spirit in Kenya and South Sudan (2015-2021). Since August 2021 he has so far spent a sabbatical period in the Archdiocese of Southwark, England, and was Parish Assistant in St. Chad’s Parish, entrusted to the Spiritan Fathers.

Between 2014 and 2017, Bishop John Mbinda, C.S.Sp., taught at Tangaza University College in Nairobi where he was a Professor. He later became President of the Union of the Circumscriptions of the Congregation of the Holy Ghost in East Africa – UCEAF in 2015 and Consultor for the Metropolitan Archdiocese of Nairobi until 2020.