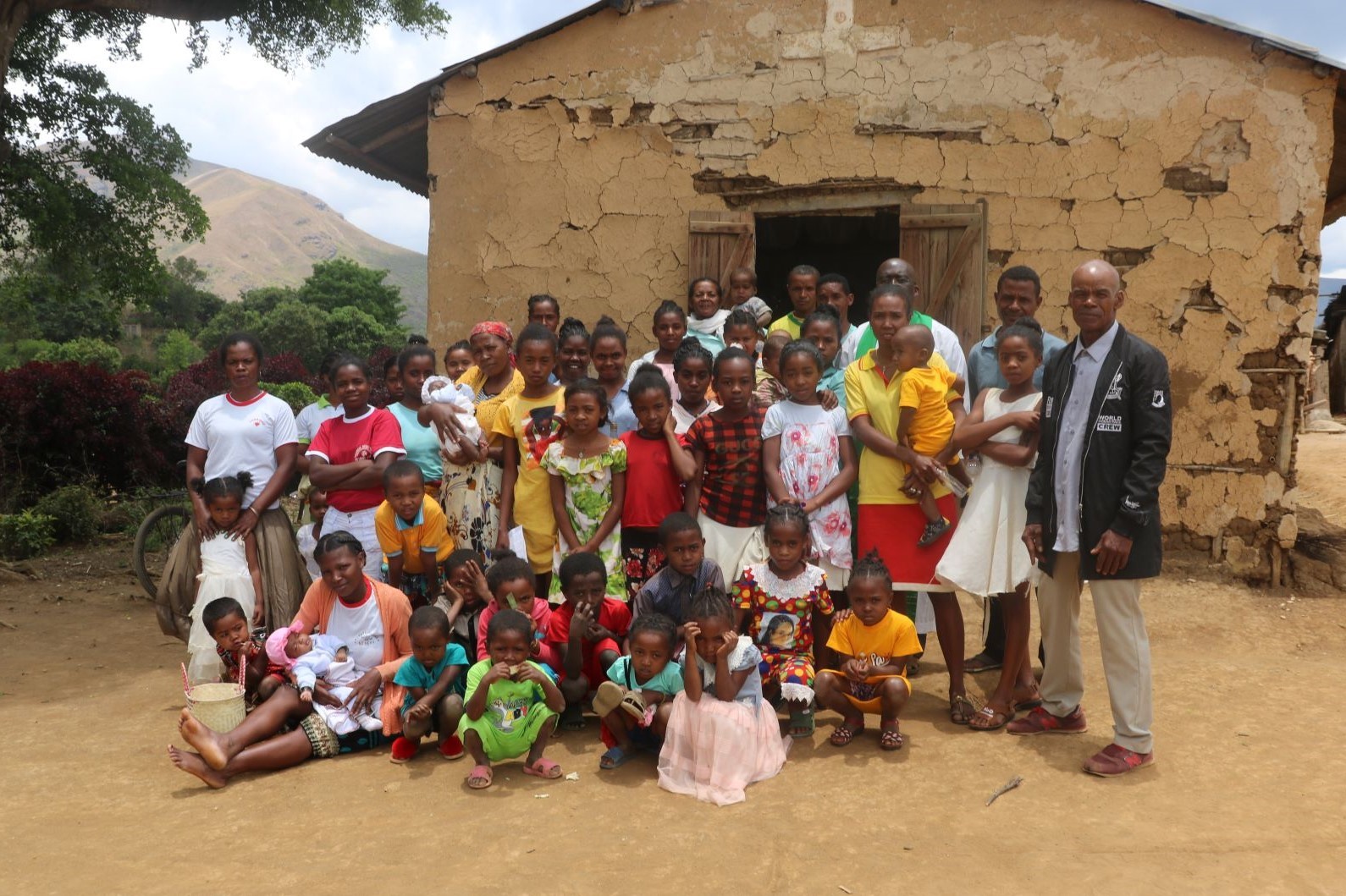 The wonders of God are enormous and in an extra ordinary way have strengthened our little faith and made easy our daily struggles and gave us hope to gaze into the farfetched future.  God’s wonders have facilitated our journeys of crisscrossing the villages, rivers, streams and forests and above all climbing and descending steep hills of Mission District of Beandrarezona. The wonders of God have made the unexpected and impossible to happen in the Mission District of Beandrarezona from the time we assumed it.

For those who are not familiar with our Mission District is situated in the region of Sofia, in the province of Mahajanga, and in the district of Bealalana.  The region of Sofia has surface area of 52, 504 square kilometers with an approximate population of 985,000 habitants. Mission District of Beandrarezona consists of three rural communes with a population of 51,170 people out of whom 716 are Catholics. Ninety percent of the Catholics are youth and children.

The dominant ethnic group is the Tsimihety, who are predominantly farmers and mainly they grow rice, tobacco, peanuts, beans, maize etc. Farming is carried out on small scale using traditional methods.  It is one of the poorest places in the region of Sofia. Poverty is felt hardest among the youth who are the majority. There are no road networks which hinder movement of people and agricultural products to local markets.

The program of house to house evangelization and visiting the villages has been rolled out. It is a good experience to meet people in their normal milieu. The reception is so far positive and people appreciate these visits. This activity demands endurance and determination to maneuver through paths, rivers and hilly terrain. Most people are friendly and welcoming. There are forty-five villages which are far apart from each other and with no roads; mostly we do these vast distances on foot. The distances from one village to another are within a range of 20-90 kilometers. Our furthest Christian Community is in range of 90 kilometers from the headquarters of the Missionary District/Parish of Beandrarezona, it is a two days walk on foot due to the type of topography. We have visited outstations and villages under our jurisdiction. It has been an adventure because some villages and outstations have never been visited by any priest since the creation of the world, while other villages were last visited by Capuchin Friars who were mainly from Europe.

The number of Christians in an outstation ranges from 5-30. However, there are villages without a single Catholic. Each outstation has a catechist. These catechists are men of good will, who were chosen by Christians in order to lead Sunday celebrations, plan and organize prayers like the rosary and lastly take care of the Church land. The following factors were put into account when they were being chosen: first, good reputation in the community and second, being literate. These Catechists don’t have any catechetical formation and in extreme cases a few of them are not baptized. It may sound strange to some people but this is our reality. Catechists who are yet to be baptized are helped by Senior Christians to give catechetical instructions to catechumen, as they undergo catechetical instructions.

Several outstations have semi-permanent structures which are in a dilapidated state, while others have makeshift structures constructed in peoples’ homestead and serve as places of worship and meetings. The parish is yet to acquire pieces of land in several focal villages making these communities not to have a permanent place of worship thus becoming vagabond. Generally, there are very few adult in a given Christian Community rendering it very difficult for them to raise money for the purpose of purchasing land. The highest numbers of Christians are youths and children who have no monetary power. It is a challenge because a Christian Community needs a permanent place of worship which is also a permanent point of reference.

Formation of Christian communities is in progress. Its objective is to create a sense of belonging and ownership of the parish. Catechists have formation sessions which enable them to carry out their duties in a better way. Several themes have been expounded such as vocation of a catechist, the role of the catechist in a Christian community and in the parish, the importance of prayer (such as Rosary) in Christian life, simple concepts of liturgy such as liturgical year, liturgical colors, parts of the Mass and liturgical gestures and reflection on Sunday readings, etc. Meetings are scheduled every three months and last for four days, because of long distances catechists arrive on Tuesday and leave on Sunday morning after morning Mass.  Each catechist shares his experiences and work done during the last three months. Some of the catechists

We have rolled out the formation programs for the children and youths, which consists of seminars, sports, catechetical instructions etc. Youths and children make the highest percentage of Christians of Mission District of Beandrarezona. This is a good sign of a very brighter future of the Mission District and a formation program to accompany these youth is already on course. Père Makori having a formation session with a youth

Most parents of these youths and children are not Christians and have no problem seeing their children participating in Church activities, attending catechism classes and receiving sacraments. However, they don’t recognize Sunday as a day of worship and dedicated to Church activities, often they force their children to work on farms on Sundays, making it difficult to implement youth activities during weekends. We do not have physical structures where to organize some of these activities especially during rainy season thus hindering the smooth running of formation programs.

We have been celebrating fahamadiana (exhumation) of the dead. For the Malagasy eternity is connected to the ancestral grave. The past and future converge in the family tomb. The family astrologer determines the days of exhumation. Bones are re-assembled in their original position then wrapped in new shrouds. The descendants are invited to dance with the ancestors.  It is a big feast for the family and entire village. Carrying a casket back to the family tomb

Poverty and illiteracy are the most dangerous enemies of the people at Beandrarezona. Poverty is felt at all levels of life.  In this context, the most endangered species are the girl child and the boy child, because they can’t afford basic needs. Girls are forced to get involved in sexual relationships with adults who promise them a better future which at the end is a mirage. These girls often get pregnant; as a consequence become young mothers at a tender age.  For the boy child education is not a priority. The emphasis is put on the number of children one has fathered, the number of cows and rice paddies acquired as property. In most cases, the boy child gets involved in petty crimes and the abuse of alcohol and drugs (Rongony). Poverty and illiteracy hinder the development of this community.

Several initiatives have been taken though the journey is still very long and bumpy; few targets have been realized and yet more are to be the achieved. This mission journey demands courage, determination and support from each and every one of us. We thank God for His amazing power and work in our lives. We cannot forget His goodness and blessings over us during these times of Covid-19.  Again our gratitude goes to Him who is giving us hope in these toughest times by strengthening us for His purposes.