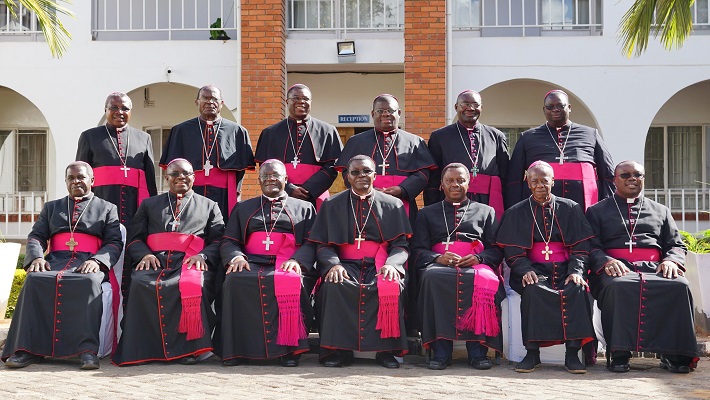 LUSAKA, SEPTEMBER 30, 2022 (CISA) – The Zambia Conference of Catholic Bishops (ZCCB) in response to growing criticism over a September 25 pastoral letter by Archbishop Alick Banda of Lusaka castigating rising cases of homosexuality in the country, has reaffirmed its position that homosexuality is constitutionally illegal and reiterated that their position is guided by the teachings of the Catechism of the Catholic Church.

“In line with the long-standing teaching of the Catholic Church, the Zambia Conference of Catholic Bishops feels compelled to provide guidance and consequently state its position on homosexuality in the face of widespread confusion. The Zambia Conference of Catholic Bishops is hereby reiterating and reaffirming what is stated in the Catechism of the Catholic Church on Homosexuality,” said Fr Francis Mukosa, the Secretary-general of ZCCB in a press release sent to CISA on September 29.

“The Catechism of the Catholic Church states the following in number 2357: “Homosexuality refers to relations between men or between women who experience an exclusive or predominant sexual attraction toward persons of the same sex. Basing itself on Sacred Scripture, which presents homosexual acts as acts of grave depravity (Cf. Gen 19,1-29; Rom 1,24-27; 1 Cor 6,10; 1 Tim 1,10), tradition has always declared that “homosexual acts are intrinsically disordered. “They are contrary to the natural law. They close the sexual act to the gift of life. They do not proceed from a genuine affective and sexual complementarity. UNDER NO CIRCUMSTANCES CAN THEY BE APPROVED,” read the statement in part.

ZCCB warned that “Many forces in our society promote a view of sexuality in general, and homosexuality in particular, that is contrary to God’s purpose and plan for human sexuality,” adding “the Church is mandated to spread the Gospel of Jesus Christ to all people and to minister to all people in his name. In this regard, the Church is called to provide appropriate assistance and accompaniment to all her erring children, including those with homosexual tendencies, so that they may learn to do what is right before God and men.”

The Catholic bishops also averred that practising homosexuality in Zambia, constitutes a criminal offence and that the laws of the land have to be respected.

The Secretary-General, Fr Mukosa, in responding to clarifications by CISA on the aforementioned matter and Archbishop Banda’s pastoral letter, said that the divergent comments and misinterpretations that have recently flooded social media “is the work of journalists who have a particular political inclination and are trying to fight back at the Archbishop.”

“In view of the foregoing, we wish to state categorically that any position statement circulating on social media that contradicts what is contained in the present Press Statement, is the opinion of its own authors and does not engage the Zambia Conference of Catholic Bishops (ZCCB),” said Fr Mukosa.