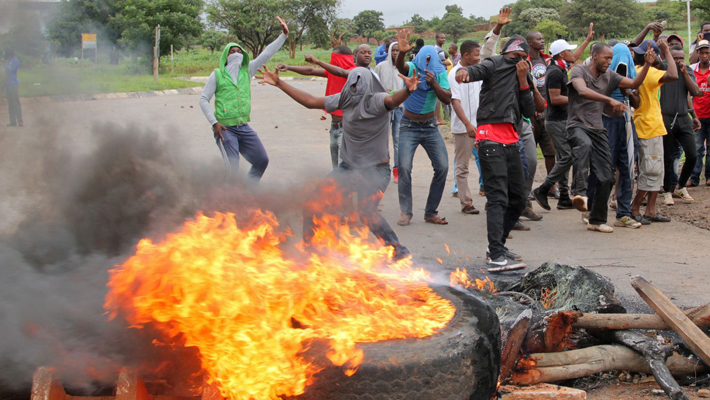 HARARE, JANUARY 22, 2019 (CISA)-Zimbabwe Catholic Bishops Conference has blamed the government for imposing policies that have led to economic suffering and unrest among its citizens.

In a pastoral letter released on January 21, the bishops urged the government to “consult broadly and desist from unilateral imposition of policies” championing for policy consistency in order to instill confidence in investors.

They decried the recent imposition of 2 percent tax on the country’s major transfer and payment system and increase in fuel prices which sparked violent demonstrations and riots across the country.

“We are saddened and concerned by government’s failure to arrest the deteriorating economic situation that has seen many companies close, many breadwinners losing their jobs, the cost of living soaring beyond the reach of the majority of people,” reads the pastoral letter.

After the government’s announcement on January 12, Zimbabweans took to the streets to protesting the increased taxes escalating into riots after security agencies launched a crackdown on protesters resulting to death and destruction of property.

The bishops therefore call upon the government to “desist from heavy-handed handling of dissent and expression of rights and grievances by the people and to desist from denying people their rights, including barring of access to social media communication imposed on 15 January 2019.”

They however urged citizens to exercise tolerance towards each other and to express their constitutional rights in a peaceful manner.

“Citizen’s protests and acts of civil disobedience degenerated into violence, destruction of property, injury and loss of life. We urge you to always shun violence and be mindful to respect everyone’s rights, especially those who do not agree with you,” they said.

“We call upon government and the opposition to put their differences aside and work together to free Zimbabwe from economic shackles and international ostracisation,” they said.

President Emerson Mnagangwa in a tweet has invited political, civil and religious leaders to set aside their religious differences and come together.

“What unites us is stronger than what could ever divide us. Let’s begin a national dialogue. Let’s put the economy first. Let’s put the people first,” the post reads.

He assured Zimbabweans that misconduct by the security forces as reported will be investigated saying that it is “unacceptable and a betrayal of the new Zimbabwe.”