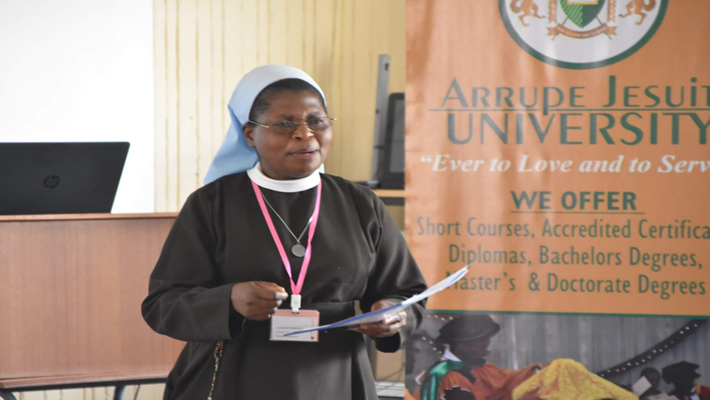 HARARE, MARCH 20, 2020 (CISA)-Inter-Regional Meeting of the Bishops of Southern Africa (IMBISA) has raised concerns on ignorance on human trafficking suggesting urgent need for ongoing formation and awareness on its dangers.

A statement released on March 19, signed by Director of IMBISA Secretariat Fr Dumisani Vilakati highlighted that the ignorance is seen even among Christians and educated people.

“The pain of trafficked person is not only felt in the period when they are enslaved by their captors. On occasion they are also rejected by their own relatives and communities once they escape from human traffickers. The emotional and psychological scars may remain for a long time as they are sometimes also failed by law enforcement agencies,” the statement reads.

On March 18, a regional conference to combat Human Trafficking organised by the African Forum for Catholic Social Teaching (AFCAST) was held at the Arrupe Jesuit University in Harare.

It brought together actors in the area of human trafficking including the Governments of Zimbabwe and the United States, Survivors of trafficking, Faith Bodies including Muslims and members of Civil Society.

“The conference aimed to raise awareness on the evils of human trafficking which is destroying many people, especially young lives and even more so young women. Stories from survivors who had been tricked that they were lucrative job opportunities in Kuwait and other countries of the Middle East were shared by survivors of human trafficking,” it adds.

From testimonials during the conference, it was also evident that human trafficking happens in the Southern Africa Region.

The Bishops of IMBISA also committed themselves to work harder in the dissemination of information on the protection of minors and vulnerable people.