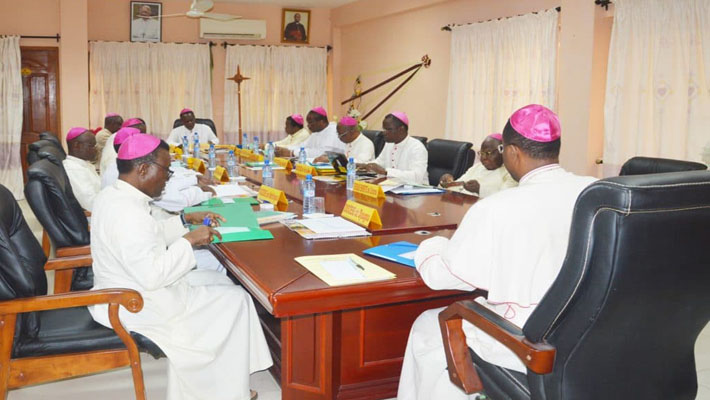 COTONOU, MAY 7, 2019 (CISA)-The Episcopal Conference of Benin (CEB) has condemned the current Post Election Violence, calling for dialogue between the opposing political parties.

In a statement read by Bishop Aristide Gonsallo, the Secretary General of CEB, the bishops offered to mediate the process aimed at restoring peace following an outbreak of violence after the announcement of the Parliamentary Elections results on May 1.

“The noxious atmosphere in which the Parliamentary Elections took place on April 28, as well as the incidents and violence that affected the voting in some areas, the low election participation and the unimaginable scenes of violence in Cotonou on May 1, with their number of victims are all greatly concerning,” the statement said.

In their message the bishops said they are very concerned with the current situation in Benin, which was previously an opportunity to showcase the country’s growth in democracy.

The bishops’ conference also expressed compassion for, and spiritual closeness to the victims of the violence, appealing to people, to abstain from resorting to violence. They encouraged the political leaders to dialogue, noting that, “…the bishops remain available to mediate in an effort to end the crisis.”

The announcement of the parliamentary election results by the National Election Commission (CENA) on May 1, and confirmation by the Constitutional Court on May 2, plunged the country into violence, causing five deaths.