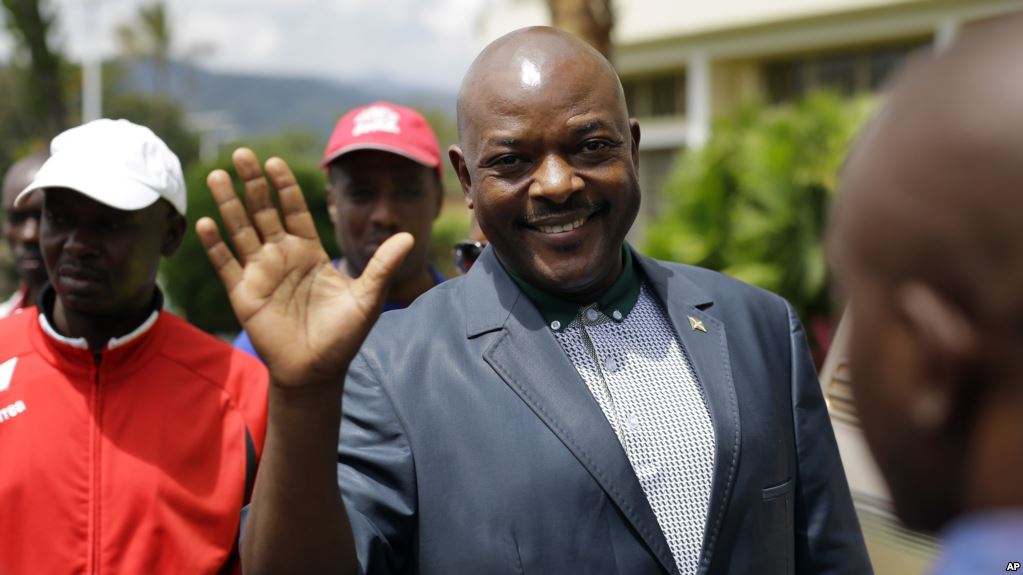 BUJUMBURA, JUNE 8, 2018 (CISA) – President Pierre Nkurunziza of Burundi has promised not to seek a re-election after his term elapses in 2020.

This declaration came in his speech addressed to the nation shortly after the promulgation of the countries new constitution on June 7 after it was passed by its citizens through a referendum held in May 17.

“This Constitution was not modified for Pierre Nkurunziza as the country’s enemies have been saying. It was amended for the good and better future of Burundi and the Burundian people,” he said in the speech broadcast on the state television station.

President Nkurunziza was widely expected to take advantage of the new constitution to seek a reelection after his term expires in 2020.

Amendments to the constitution extended the presidential term from five to seven years and gave Nkurunziza an opportunity to seek two more terms, beginning in 2020.

But during the promulgation ceremony he reiterated his sentiments saying that, “I wish to inform Burundians and the world that I will not change what I said. My term is ending in 2020.”

Nkurunziza’s declaration comes at a time when members of the opposition party strongly rejected the new constitution on grounds that the referendum was marred by irregularities and thus had asked the court to nullify the election results.

The opposition party further denounced the new constitution as a contradiction of the Arusha peace agreement signed in 2000 which established a power sharing deal based on political and ethnic power.

Burundi has been plunged into a serious political crisis since the announcement of Nkurunziza’s controversial candidacy for a third term in April 2015.

The violence that accompanied this crisis resulted in at least 1,200 deaths and over 400,000 refugees between April 2015 and May 2017, according to estimates by the International Criminal Court (ICC), which has opened an investigation.