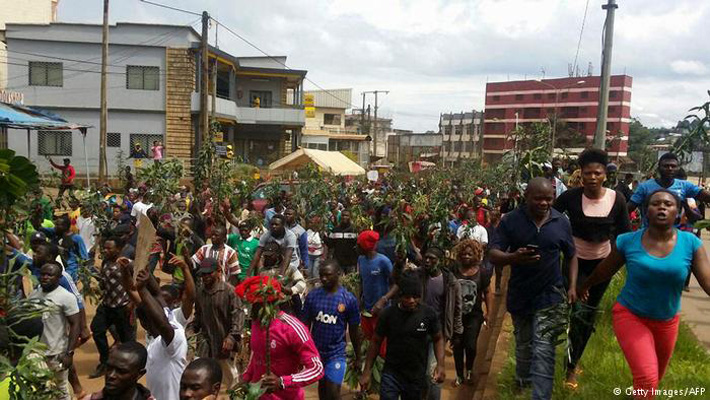 YAOUNDE, NOVEMBER 6, 2018 (CISA) – The military has launched a search for 79 pupils, a teacher and a bus driver kidnapped from Presbyterian Boarding School by unknown gunmen on November 5.

Deben Tchoffo, Governor of North West region, confirmed the kidnapping and said the military is doing everything possible to bring the children home safely.

“The state, the government, will not surrender. We are going to make sure the students, the people that were abducted, are brought back to the classrooms,” he told journalists when he visited the school on November 5.

Military and government sources said that the victims were kidnapped from the school in Nkwen, a small village near the northwestern city of Bamenda in one of Cameroon’s English-speaking regions, and were taken into the bush outside town.

“In total 81 people were kidnapped including the school principal. They were taken to the bush,” a military source told Reuters.

Anglophone secessionists have imposed curfews and closed schools as part of their protest against perceived President Paul Biya’s French-speaking government and its perceived marginalization of the English-speaking minority.

Separatists and government have engaged in a blame game over the incident but no group has claimed responsibility yet.

Samuel Fonki, a reverend of the Presbyterian Church in Cameroon, told Reuters that he is negotiating for the release of the victims.

“They say I have to close the school. They asked for a ransom,” he said, though no amount was specified.

The separatist movement gained momentum in 2017 after a government crackdown on their demonstrations. One of the original complaints was that French-speaking teachers were being deployed to English-speaking schools in the Northwest and Southwest regions.

Violence intensified in 2018, including during an army crackdown in which civilians were killed. Many people have fled Bamenda and other centers to seek refuge in more peaceful Francophone regions.