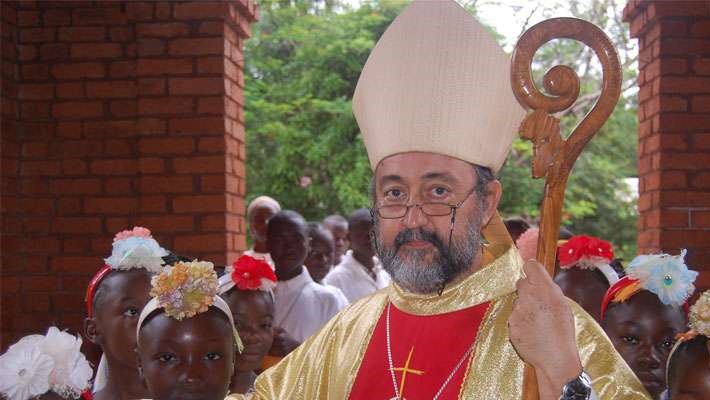 “Yes, Bangassou has fallen into the hands of the rebels, many of whom are mercenaries and people from Niger. The morning (Sunday) was hectic. There was heavy artillery from 5 am with about thirty dead and wounded,” said Bishop Muñoz.

Following the developments in the city situated in the southeastern of Central African Republic, citizens have fled the country into the neighboring Democratic Republic of Congo (DRC).

“The military put up resistance for several hours but were overwhelmed,” Bishop Muñoz said concerned how the fighting caused civilians to cross the Mbomou River to seek refuge in the town of Ndu, just across the border.

“Bangassou is almost deserted now. Sunday night went fairly well. There was no shooting,” Bishop Muñoz said adding that the mercenaries and rebels had overrun the city looking for natural resources and wealth.

“Faustin-Archange Touadera, having received the absolute majority of the vote in the first round with 53.9%, is declared winner,” Mathias Morouba, president of the electoral commission, told a news conference in the capital, Bangui.

According to Reuters, Touadera won Central African Republic’s presidential election held December 27 by securing more than 53% of votes in the first round, according to provisional results announced by the electoral commission on Monday.