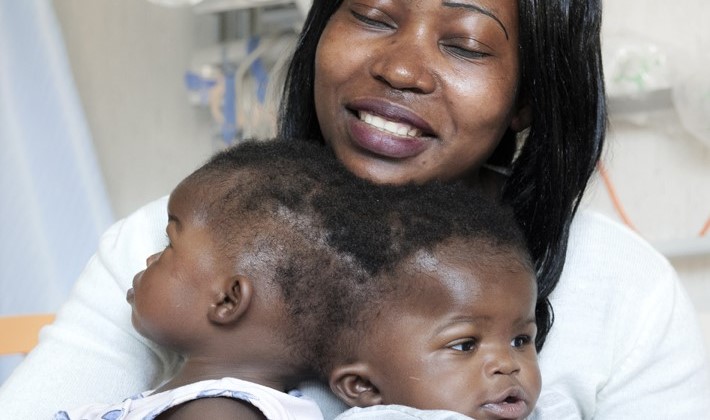 ROME, JULY 10, 2020 (CISA) – The Bambino Gesù Hospital has announced the successful separation surgery of twins who were conjoined at the head noting that it was the first operation of its kind in Italy and probably the world.

“We have been able to accomplish an extraordinary result despite such a complex malformation, being able to separate with an optimal clinical result. From a neurological standpoint, the two little girls are doing very well and have excellent prognosis for normal lives in the future,” Dr. Carlo EfisioMarras, Director of Neurosurgery of the Bambino Gesù hospital told CNA July 8.

“This accomplishment is the fruit of more than a yearlong work of investigation and preparation involving several specialties and professions within the hospital. There were many difficult phases since several surgical procedures were needed, each one with its own challenges,” he added.

According to the hospital’s chief neurosurgeon the twins are likely to return home within months from the hospital where their bodies were successfully separated by doctors, and they have a high chance of living normal lives.

The final stage of surgery, which took place on June 5, lasted 18 hours and involved more than 30 medical staff. The two-year-old sisters are expected to make a full recovery.

“…the most difficult one involved the venous system, that is, the network of vases that brings blood from the heart to the brain to bring oxygen to it. If we would have not succeeded in deal with this system shared by both babies, the result would had been catastrophic …But the two little twins are well: we believe they can be released in a few months. They will have to go through a rehabilitation phase to learn the motions they were not able to perform previously. I wholeheartedly wish them a happy future. They are now in the condition to return to a normal life,” the chief neurosurgeon said.

They were joined together with “one of the rarest and most complex forms of cranial and cerebral fusion,” known as total posterior craniopagus.

The twins arrived in Italy with their mother, Ermine, on September 10, 2018. Initial tests confirmed the sisters were healthy, but had different blood pressures, indicating that one of the girls’ hearts had to work harder to maintain the healthy functioning of their organs, including their brains.

According to Bambino Gesù, colloquially known as the “Pope’s hospital,”  the twins,Ervina and Prefina were joined via the back of the head, including the nape, sharing both skin and cranial bones, sharing membranes inside the skull as well as the venous system, through which blood used by the brain is transported back to the heart.

The separation took place in three stages. In the first, in May 2019, neurosurgeons started to separate and rebuild the membranes and venous systems.

The second, a month later, focused on the confluence of sinuses in the brain. The hospital said it was a critical phase of the treatment as “the operating space is a few millimeters.”

The two operations prepared the girls for the third and final phase of complete separation on June 5.

Ervina and Prefina, were born on June 29, 2018 in a village about 60 miles outside Bangui, the capital of the Central African Republic.

The twins were in 2018 taken to Italy by the President of Bambino GesùHospital, Mariella Enoc, who was on a mission in Bangui to follow the expansion works of a pediatric structure when she met them.