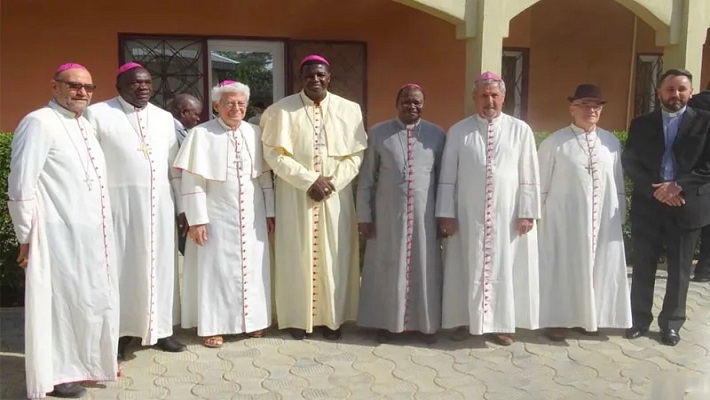 N’DJAMENA, JULY 16, 2021 (CISA)-The Episcopal Conference of Chad (CET) has called for inclusive dialogue and reconciliation, stressing the importance of including all state actors and setting up the National Transitional Council (NTC) to bring peace and stability in the country.

CET noted that death of the President Idriss Deby Itno on April 20 worsened security in the country.

“The death of President Déby has made this crisis obvious, and this inclusive national dialogue and reconciliation is becoming an urgent necessity in order to enable all the children of Chad to come together and agree on a new social contract that should bind them for the next few decades,” they said in a statement signed by Archbishop Edmond Djitangar Goetbé of N’Djaména and President of the Episcopal Conference of Chad.

“The inclusive national reconciliation dialogue is supposed to bring together all the actors in the country’s socio-political life and set up a NTC for carrying out the necessary institutional reforms with a view to drawing up a more consensual draft constitution,” the bishops added.

While lauding the first dialogue that gave birth to the fourth republic in 2018, and the other forum in 2020 they urged the Chadian authorities in charge of the transition to learn from the lessons and failures of these forums.

The prelates underscored the urgent need to give the ministry in charge of dialogue and reconciliation a free hand to organize this national, inclusive and reconciliatory dialogue. The National Transitional Council (NTC), “can only be done after a sincere and inclusive national dialogue.”

“Be sensitive to the aspirations of the Chadian people for a qualitative change and for the NTC to keep its promises by bringing this transition to a successful conclusion for peace and stability in our country and in the sub-region,” the Bishops appealed to state agencies.

President Déby died on April 20 from injuries sustained after clashes between the national army and the Front for Change and Unity in Chad (FACT) near the town of Mao, in the country’s central Kanem region.