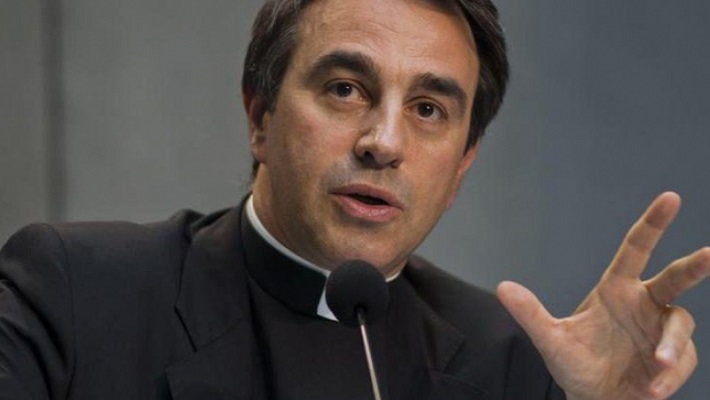 KINSHASA, October 12, 2021 (CISA) – “The only objective for which the Catholic Church is participating in the electoral process is to give its contribution to democracy in the DRC through inclusive, credible and peaceful elections in 2023,” said Archbishop Ettore Balestrero, the Apostolic Nuncio to Democratic Republic of Congo (DRC), on October 6.

Archbishop Balestrero was addressing journalists after meeting with Christophe Mboso, the President of the National Assembly. The meeting focused on the electoral process and the impasse by religious leaders to reach a consensus on who will head the country’s Independent National Electoral Commission (CENI), an authority granted to the religious leaders by the constitution.

The leaders from the country’s main religious denominations including the Catholic Church and the Church of Christ in Congo (ECC) had rejected the choice of Denis Kadima, an electoral expert proposed by six other denominations as the new head of CENI.

“The candidacy of Kadima was accompanied by threats and intimidation. This is palpable proof. You will remember that we all signed a joint statement on July 23, denouncing threats against the work we were doing and it was directed towards Kadima,” said Fr Donatien Nshole, the spokesperson of the Forum of Religious Denominations in DRC on October 4.

Until October 4, the Forum of Religious Denominations had failed to reach a consensus following a 72-hour deadline issued by the President of the National Assembly. Archbishop Balestrero called for continued dialogue, however, urging that there is a possibility to reach consensus and terming it as, “the victory of independence, and democracy.”