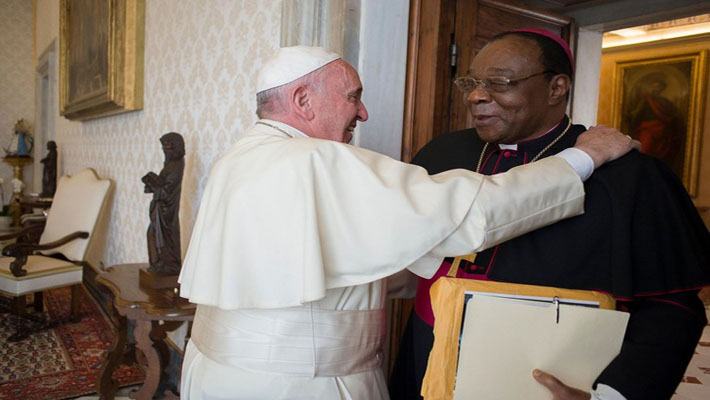 According to a statement released by the Apostolic Nunciature of Argentina, Archbishop Kalenga died in the afternoon of June 12 in Rome where he was undergoing treatment.

“The Apostolic Nunciature of Argentina regrets to announce the death of Archbishop Leon Kalenga Badikebele Titular of magnetum and Apostolic Nuncio to Argentina after a long illness. The lord called him home in the afternoon of June 12, 2019,” reads the statement.

Archbishop Kalenga was born on July 17, 1956 in Kamina, Haut-Lomami in the Democratic Republic of Congo.  He was ordained priest for the Catholic Diocese of Luebo on September 5, 1982.

In 1988 he joined the Pontifical Ecclesiastical Academy and on February 27, 1990 joined the diplomatic service of the Holy See. He has served in various capacities in Haiti, Guatemala, Zambia, Brazil, Egypt, Zimbabwe and Japan.

On March 1, 2008, Pope Benedict XVI appointed him Titular Archbishop of Magnetum and Apostolic Nuncio to Ghana.