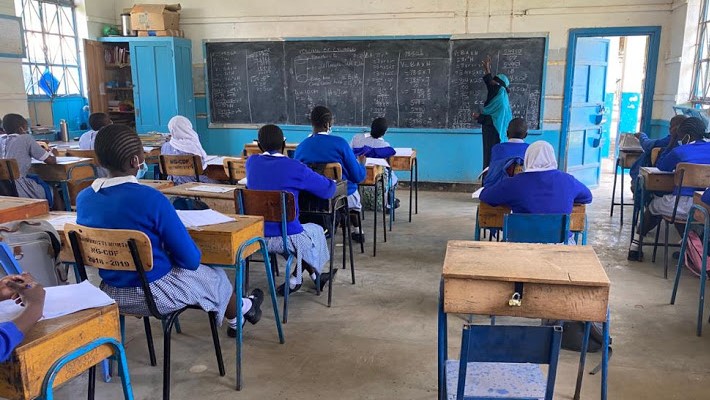 KINSHASA, APRIL 16, 2021 (CISA)-The National Episcopal Conference of Congo (CENCO) has accused the government of relying on false documents to justify their plans to cut off 1,179 schools from their payrolls, 600 of which are Catholic schools.

“Most of the institutions questioned have existed for a long time, some even dating from independence. They operate normally, being checked by inspectors and by the Teachers’ Control and Payroll Services (SECOPE) every year since their creation. They present students for the end-of-cycle exams,” Fr Nshole said.

According to Bomungo, the decision by the government was informed by a field investigation which revealed that some schools operate with false orders and that some education agents have irregular identification data.

“A much more in-depth verification work which requires a lot of time is necessary in order to establish the responsibilities of these false orders,” said Fr Nshole, adding that there is also “a need to regularize the schools that are victims of this system and to clean up the personnel file.”

As affected parties await to be carried out CENCO has asked the government to “postpone this decision to deactivate from the pay lists the schools which meet the required criteria of viability in order to guarantee the right to education of pupils and the salaries of the teachers who work there.”

“The Church has never fought the free education which for the bishops is irreversible. The Church is the victim of a campaign of intoxication of certain political actors and we want to invite the competent authorities to be careful because more or less 6,000 teachers are affected and nearly 20,000 students affected,” Fr Nshole warned.

Since the implementation of the constitutional provision of free basic education by President Félix Tshisekedi in September 2019, misunderstandings have grown on this issue between the Church and certain social actors.