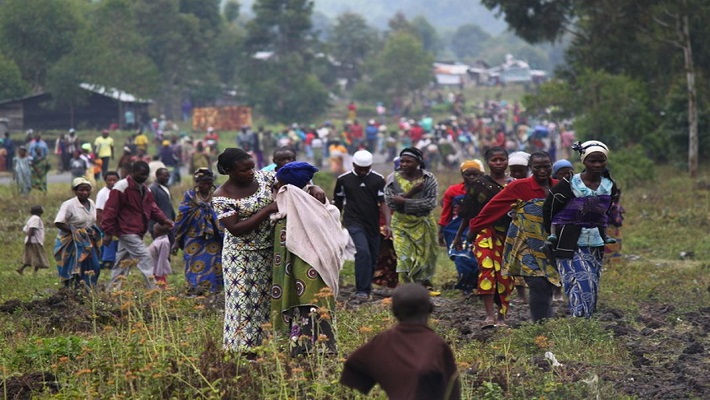 GOMA, JANUARY 29, 2021 (CISA)-A joint mission by the Association of Episcopal Conferences of Central Africa (ACEAC) and the National Episcopal Conference of Congo (CENCO), has revealed that people in the Eastern Democratic Republic of Congo are living in great suffering.

“What happens is great misery, it’s always war! The great misery of the population, who feels like they are abandoned. And then a lot of suffering is what we encountered,” Archbishop Marcel Madila Basanguka, Archbishop of Kananga said following the 12-day comfort mission to cities in the eastern Democratic Republic of Congo.

The delegation from ACEA and CENCO visited the cities of Butembo, Beni (North Kivu), Bunia, Ituri before return to North Kivu, Goma city. The mission began on January 14 to January 26.

Following the visit ACEA has committed to draw up a memorandum containing recommendations, which will be submitted to the competent authorities as well as to the public in promotion of a multifaceted conflict and that solutions must be found to several problems.

According to a report published January 27, 2021, the United Nations Joint Office for Human Rights (UNJHRO) has recorded an increase in human rights violations and abuses in the DRC in 2020.

“In 2020, the UNJHRO documented 7,909 human rights violations and abuses in the Democratic Republic of the Congo, which represents an average of 659 violations per month. These figures are up by around 21 percent compared to 2019,” the report says.

UNJHRO associates the increase to the deterioration of the security situation in the provinces affected by the armed conflict, particularly in North Kivu, Ituri and South Kivu where the UNJHRO has recorded the overwhelming majority (93%) of violations and breaches over the past year. At least 2,945 civilians were killed including 553 women and 286 children.

According to the report, armed groups are responsible for the summary execution of at least 2,487 civilian victims, including 492 women and 251 children compared to 1,029 in 2019.  The armed assailants of Djugu in Ituri province, the fighters of the Allied Democratic Forces (ADF), Democratic Forces for the Liberation of Rwanda (FDLR), Nduma Defense of Congo-Rénové (NDC-R) and Nyatura in the province of North Kivu continued to attack civilians in their plantations, homes and roads, expanding the geographic areas where they usually operate.