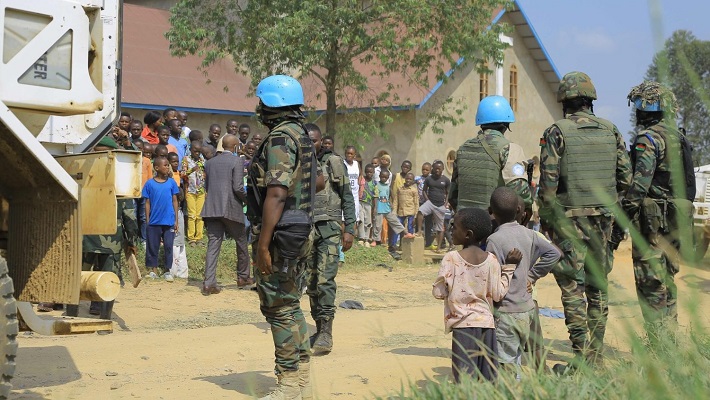 Fr Laurent Sondirya, the Vicar General of the diocese of Butembo-Beni, in North Kivu confirmed the incident and said that it is suspected that the bomb was targeting the large crowd that would have gathered for the occasion.

“We condemn with the utmost energy the explosion of a homemade bomb this morning at the Catholic Church of Butsili in the town of Beni, North Kivu province causing injuries and material damage,” the Ministry of Communication said in a series of tweets on June 27.

Residents of the city of Beni have been placed under curfew from 9: 00 pm to 5: 00 am with checkpoints put in place to monitor the movement of people and goods. Authorities also warned about the possibility of further attacks.

“I don’t want to see anyone in the street. Everyone should go inside because we have information that something else is being planned,” Beni Mayor, Narcisse Muteba said on June 27

According to Associated Press, on June 26, another bomb had exploded next to a petrol station on the outskirts of Beni without causing any damage.

Hours later after Emmanuel Butsili Catholic Church explosion another makeshift bomb at a bar in Beni went off earlier, killing the suicide bomber as he approached the bar. Another suspect was apprehended and is undergoing interrogation as authorities continue their investigations.

Allied Democratic Forces (ADF) militia, historically a Ugandan Islamist group now based in eastern DRC is blamed for killing hundreds of civilians since launching operations from a base in the jungle near Beni in November 2019.