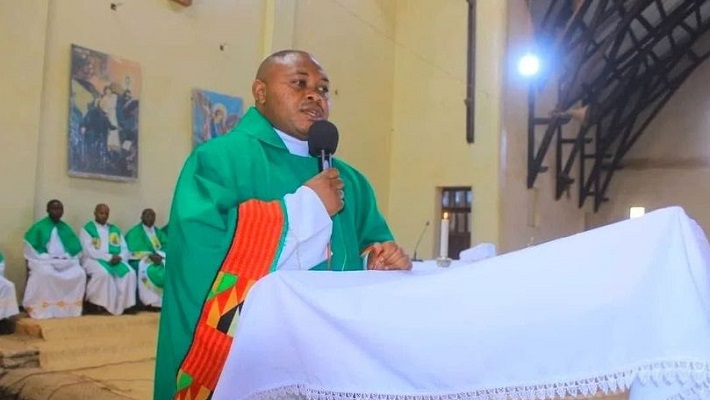 Bishop Melchisédec Sikuli Paluku in a statement released on Thursday, February 3 confirmed that, “Father Richard Masivi was assassinated on 2/2/2022 by armed men in Vusesa, between Kirumba and Mighobwe, in the Territory of Lubero (North-Kivu), while he was returning to his parish of Saint Michael the Archangel, after the celebration of the World Day of Consecrated Life, in which he had just participated in Kanyabayonga.”

In his address to the press, the Mayor of Kirumba Municipality, Obed Kambale said the priest was alone in his car with his body “found lying in his car next to his phone that was not taken away by his killers.”

Authorities have launched investigations to establish the motive and perpetrators behind the murder as the body awaits further investigations.

“We condemn this murderous act and we pray that due justice will be served soon. We, as a religious family, mourn during this time, united along with the religious community and the parish of St. Michael the Archangel where he was assigned,” said Superior General of the Order of Clerics Regular Minor.

He described Fr Richard as someone who “generously gave his life to God through the profession of the evangelical councils in our religious family, had his life taken from him in a violent and despicable manner.”

36-year-old priest was ordained in 2019 and has been serving as Parish Priest of St. Michael the Archangel Catholic Parish of Butembo-Beni Diocese since October 31 2021.

While expressing communion and compassion with the Priests, Consecrated, lay faithful of Butembo-Beni, the Superior General and the Council of the members of Caracciolini, Bishop Paluku called for the celebration of the Eucharist from February 3 to 11 with a pious intention to recommend the soul of Father Richard Masivi to the mercy of God.

Fr. Masivi’s Funeral Mass has been scheduled for Saturday, February 5 at the Sanctuary of Saint Francis of Assisi Kaghuntura in Butembo-Beni Diocese, and later laid to rest at St. Joseph Cemetery in Musienene.