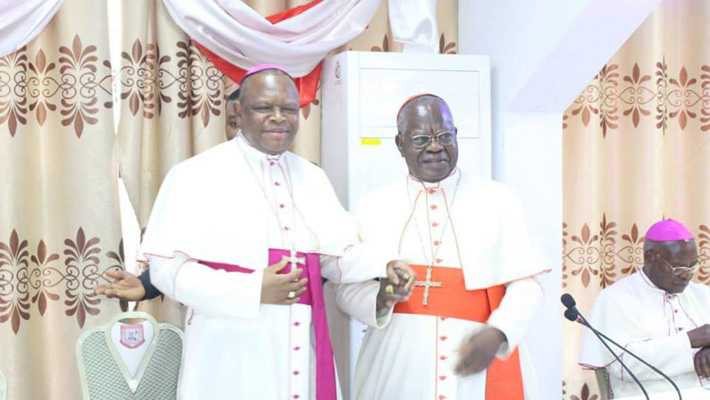 This is after accepting the resignation of 79 year old Cardinal Laurent Monsengwo Pasinya according to the Canon law that requires bishops to request retirement when they reach age 75.

The Holy See Press Office made the announcement in its communiqué on November 1.

Until his appointment as Cardinal, 58-year-old Archbishop Ambongo Besungu had been serving as coadjutor Archbishop of Kinshasa since February 2018, and as Apostolic Administrator of the Catholic Diocese of Bokungu-Ikela since November 2016.

He was born in 1960 in Boto, in the Catholic Diocese of Molegbe and took vows as a Franciscan in the Order of Friars Minor in 1981, and ordained priest in 1988.

He holds a degree in Moral Theology from the Alphonsianum in Rome.

Archbishop Besungu previously served as a parish priest, a professor at the Catholic University of Kinshasa, as a major superior of OFMCap in the DRC, and as President of the Assembly of Major Superiors (ASUMA).

He became Bishop of the Diocese of Bokungu-Ikela in 2005 and has served as Apostolic Administrator of Kole and Mbandaka-Bikoro dioceses, and as President of the National Episcopal Conference of Congo (CENCO) Justice and Peace Commission.

In 2016 he served as Vice-President of the National Episcopal Conference of Congo (CENCO) and Archbishop of Mbandaka –Bikoro.