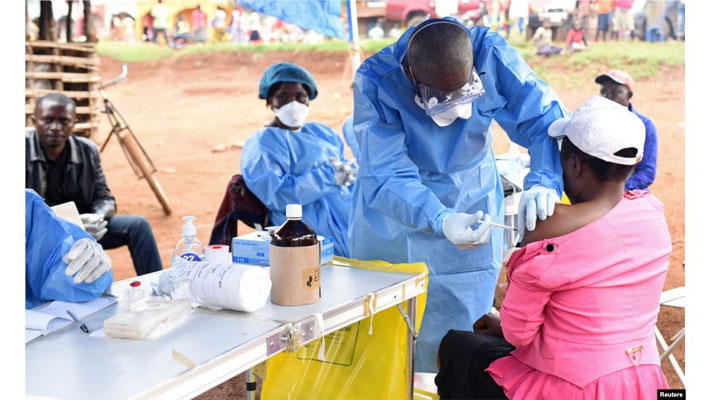 KINSHASA, AUGUST 16, 2019 (CISA)-Scientists have found a treatment for Ebola fever after two experimental drugs showed survival rates of as much as 90 percent in a clinical trial in the country.

“From now on, we will no longer say that Ebola is incurable…these advances will help save thousands of lives,” Dr Jean-Jacques Muyembe, director general of Congo’s Institut National de Recherche Biomédicale, which oversaw the trials told journalists this August.

He said that of patients who were taken to treatment centers with low virus levels in their blood, 94 per cent who got REGN-EB3 and 89 per cent on mAb114 survived.

The two drugs — an antibody cocktail called REGN-EB3 developed by Regeneron and a monoclonal antibody called mAb114, will now be offered to all patients infected with the viral disease in the DRC.

Dr Muyembe a virologist the from Democratic Republic of Congo reportedly spent 43 years of his life finding a cure for the virus which has affected his country since 1976.

“The crucial thing is actually persuading people to come early to treatment, and it’s not just persuading people, but identifying all the people who are infected and enabling those people to come very early. We have these treatments that work and if people come early, and are given the treatment in the early days of developing the Ebola virus, it will be very effective,” Dr. Margaret Harris, World Health Organization (WHO) spokesperson in the Ebola team in DRC said in a television interview with SABC News.

Massive outbreaks in West Africa between 2014 and 2016 killed more than 11,300 people. Smaller outbreaks have continued, including an ongoing crisis in Congo where nearly 2,800 people have been diagnosed and more than 1,800 people have died. WHO declared it a public health emergency of international concern in July.