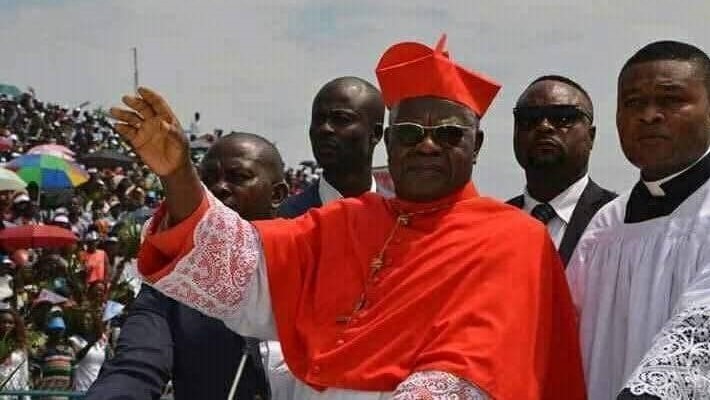 KINSHASA, JULY 16, 2021 (CISA)-“Having learned with sadness of the death of Cardinal Laurent Monsengwo Pasinya, Archbishop Emeritus of Kinshasa, I send you my deep condolences as well as to his family, to the auxiliary bishops and to the faithful of the dioceses of Inongo, Kisangani and Kinshasa of which he was successively the pastor,” Pope Francis said in a condolence message to the Archbishop of Kinshasa, Fridolin Cardinal Ambongo.

In the message, the pope prayed to God “…to welcome in his peace and in his light this exegete, this man of science, this great spiritual man and this Pastor intensely devoted to the service of the Church, wherever he has been called.”

Cardinal Monsengwo will be buried on Wednesday July 21. The Archbishop Emeritus of Kinshasa died in Paris on Sunday July 11. The body will arrive in Kinshasa on Saturday, July 17.

France through its Ministry of Foreign Affairs paid homage to Cardinal Monsengwo terming him, “An eminent figure of the Catholic Church and of the political and social life of the Democratic Republic of the Congo, Cardinal Monsengwo, through his authority, his courage and his humanist commitment, made a decisive contribution to the process of democratization of the country and to the preservation of its unity.”