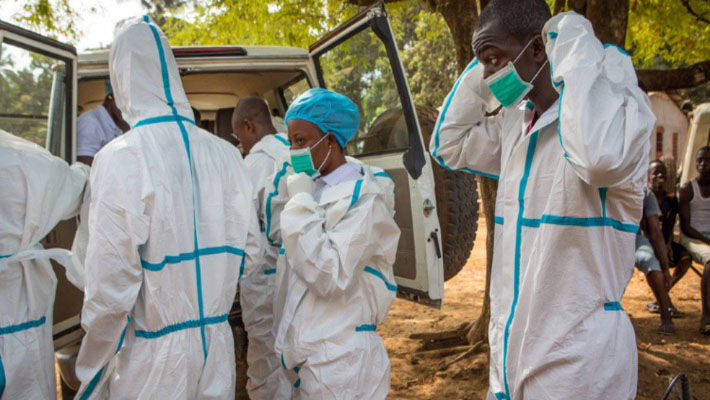 KINSHASA, JUNE 26, 2020(CISA)-The World Health Organization (WHO) has reported an end to the 10th Ebola outbreak in the Democratic Republic of Congo.

“Today marks the end of the 10th outbreak of Ebola virus disease in the Democratic Republic of the Congo (DRC). This long, complex and difficult outbreak has been overcome due to the leadership and commitment of the Government of the DRC, supported by the World Health Organization (WHO), a multitude of partners, donors, and above all, the efforts of the communities affected by the virus,” reads a June 25 news release by WHO.

WHO however stressed the need for vigilance, continued support for survivors and maintenance of strong surveillance and response systems in order to contain potential flare-ups is months to come.

“We should celebrate this moment, but we must resist complacency. Viruses do not take breaks. Ultimately, the best defense against any outbreak is investing in a stronger health system as the foundation for universal health coverage,” said WHO Director-General Dr Tedros Adhanom Ghebreyesus.

The outbreak, declared in North Kivu on August 1 2018, was the second largest in the world, and was particularly challenging as it took place an active conflict zone. There were 3,470 cases, 2,287 deaths and 1,171 survivors.

According to WHO, DRC’s experience in combating Ebola for almost two years helped strengthen the capacity of local health authorities to manage outbreaks by ensuring better, smarter and faster response which is aiding the fight against Covid-19 and other outbreaks.

“As countries around the world face the Covid-19 pandemic, the DRC Ebola response provides valuable lessons. Many of the public health measures that have been successful in stopping Ebola are the same measures that are now essential for stopping Covid-19: finding, isolating, testing, and caring for every case and relentless contact tracing,” WHO reports.

On June 1 however, an 11th outbreak was declared after seven cases of Ebola were reported in Mbandaka city and neighbouring Bikoro Health Zone in Equateur Province.