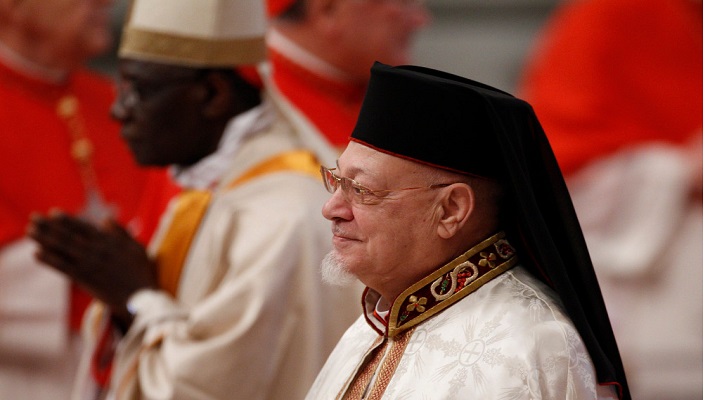 VATICAN, MARCH 29, 2022 (CISA)- Pope Francis has mourned with the Catholic Coptic Community in Egypt, upon learning of the death of former patriarch Cardinal Antonios Naguib, who died on March 28, aged 87, in a telegram of condolence addressed to the Patriarch of Alexandria of the Copts, His Beatitude Ibrahim Isaac Sidrak.

“I remember this dear brother, who took veritas-caritas as the motto of his episcopate, for his faith and priestly zeal, which led him to be attentive to the formation of priests and to make it his first priority. I think of his generous commitment in the field of development and social service: he founded an apostolate group dedicated to the service of the needy and the suffering, and was an example of the good shepherd in the church. He was general rapporteur at the special assembly for the middle east of the synod of bishops. I therefore raise my prayers to God and ask him, by the intercession of Our Lady, the Virgin Mary, to welcome his faithful servant with the angels and saints into the heavenly Jerusalem. I pray with you, give you my blessing and ask you to pray for me,” eulogized the pope.

Cardinal Naguib, was born on March 18, 1935 in Samalut, Minya governorate, Upper Egypt. He was a leading figure in the 250,000-strong Catholic Coptic community, was fluent in English, French, Italian and German.

Cardinal Naguib was unanimously elected as patriarch on March 30, 2006 after his predecessor, Cardinal Stephen II, submitted his resignation due to health conditions. In 2010, Pope Benedict XVI promoted Naguib to the college of cardinals. Three years later, however, ill health also forced Naguib to step down as patriarch.

He leaves a legacy of social activities, and writings in Arabic and English, including “The Gospel of Bliss,” in which he explained the beatitudes of Christ in the famous sermon.

The late patriarch opened the House of Peter the Apostle to handle publishing and translation work for the church in Egypt, and also set up a number of economic projects, such as Al-Amal Hospital in Al-Fakrya, Mazraat Shusha, and the Second Good Shepherd School in Shalaby in Minya.