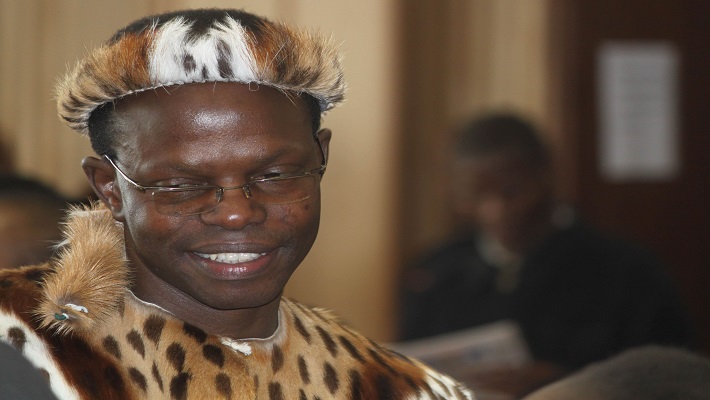 MANZINI, JANUARY 23, 2023 (CISA)– Rt Rev José Luís Ponce de León, the Catholic bishop of Manzini, the only diocese in the Kingdom of Eswatini, has condemned the killing of prominent opposition leader, human rights lawyer and activist Thulani Maseko, which occurred on January 21, 2023.

In a strongly worded statement dated January 23, Bishop José Luís said that the killing of Maseko “points to those who make a choice for violence, death, fear and exclusion as foundations of our common future.”

According to reports by government agencies in eSwatini, Thulani Maseko was shot dead by unknown gunmen in his house in Luhleko, about 50 kilometres away from the capital city Mbabane as he spent time with his family.

“Assassins shot him through the window while he was inside [the] house with his family”. Details are still scant (and), owing to the trauma his family members are undergoing, they are not yet ready to speak,” opposition spokesperson Sikelela Dlamini is said to have told AFP.

According to Bishop José Luís, the role of the human rights lawyer and activist “in the present moment of our country,” cannot be disavowed “He was concerned about the levels of violence being experienced and the impact it has in the lives of many. He believed that only an all-inclusive national dialogue could be a strong foundation for the future of the country.”

In 2014, Mr Maseko was sentenced to two years in prison alongside Bheki Makhubu, the editor of The Nation Magazine, for contempt of court for publishing articles critical of the government and judiciary in eSwatini.

He was also the founder of the Multi-Stakeholders Forum (MSF), a coalition of political parties, civil society groups and churches working towards democratic reforms in the kingdom.

In 2018, Mr Maseko took King Mswati III to court, challenging his decision to rename the country by decree from Swaziland to eSwatini to mark 50 years of independence from Britain. He argued that the decision by the King was unconstitutional.

His death comes after King Mswati III had fired a salvo at activists challenging his authoritarian rule while calling for democracy in Africa’s absolute monarchy.

“Don’t cry when mercenaries deal with you, who started the violence and killings?” said King Mswati III while dispersing his regiments at eNgabezweni Palace on January 21, 2023.

Even as the world reels from the shock over the death of Thulani Maseko, Bishop José Luís has called for calm and restraint, saying “responding to his killing with violence will be going against what he stood for. It will also show that “what makes for peace” is hidden from our eyes.”

The international community led by the United Nations Human Rights Chief, Volker Turk, has also called on the government to swiftly and impartially investigate his brutal killing.

“I call on the authorities in the Kingdom of Eswatini to ensure a prompt, independent, impartial and effective investigation is held into his killing, in accordance with Eswatini’s constitution and international human rights law, and to hold all those responsible to account in fair trials,” he said in a statement dated January 23.

“Thulani Maseko was a stalwart of human rights who, at great risk to himself, spoke up for many who couldn’t speak up for themselves. His cold-blooded killing has deprived Eswatini, Southern Africa and the world of a true champion and advocate for peace, democracy and human rights,” he added.