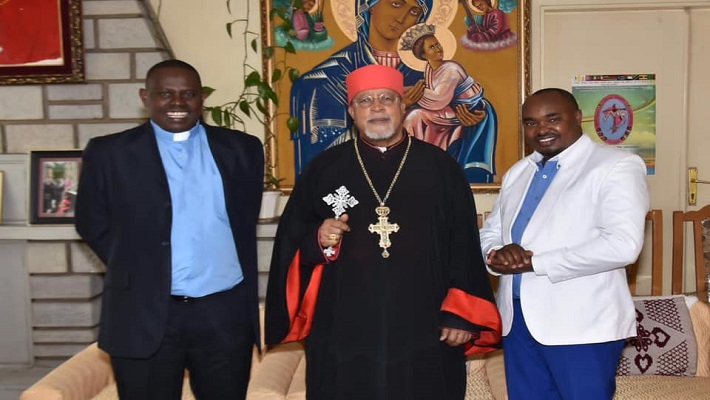 ADDIS ABABA, SEPTEMBER 3, 2021 (CISA)-The Catholic Bishops Conference of Ethiopia has sought to clarify that humanitarian operations in Tigray are severely affected by the ongoing war, but not suspended as earlier reported.

Habtamu Abrdew, the Social Communications, and Public Relations Adviser at the Ethiopian Catholic Secretariat says the communication which appeared to suggest the Catholic church in Ethiopia had suspended emergency delivery of aid in Tigray as a result of the escalation of fighting and tensions in the region was misquoted by the media.

A September 2 statement by the Ethiopian Catholic Secretariat clarified that the August 20 meeting between Association of Member Episcopal Conferences in Eastern Africa (AMECEA) representatives and Cardinal Berhaneyesus Demerew Souraphiel, the President of the Catholic Bishops’ Conference of Ethiopia, noted that the war has resulted in the ongoing supply disruption, lack of stocks, cash, bank services, fuel, and telecommunications.

“Moreover, In the meeting, we mentioned that the Church is trying hard to use various possible alternatives like using UN logistic clusters to send food items and use the UN flights to send Cash to Adigrat,” reads a statement by the Ethiopian Catholic Secretariat.

Habtamu said that Fr Gabriel Woldehanna, Deputy General Secretary of Catholic Bishops’ Conference of Ethiopia, had told a delegation of visiting AMECEA bishops that as a consequence of the disruptions, the church could not communicate with offices and the community in the Eparchy of Adigrat.

“The Church is trying hard to use various possible alternatives like the U.N. logistic clusters to send food items and use the U.N. flights to send cash to Adigrat,” Woldehanna told the delegation from AMECEA.

Since fighting broke out in November 2020 between Ethiopia’s federal troops and forces loyal to the Tigray People’s Liberation Front (TPLF) thousands have died and more than two million people forced to flee their homes. The United Nations warns that the humanitarian situation is set to “worsen dramatically”.

“The region remains under a de facto humanitarian aid blockade, where access to bring life-saving humanitarian relief continues to be extremely restricted,” Leaity added, noting that no trucks had been able to enter Tigray since August 22.