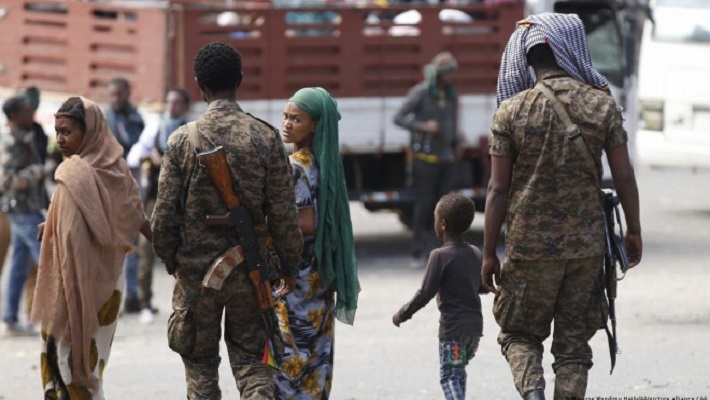 VATICAN, OCTOBER 25, 2022 (CISA) – Pope Francis has called on all warring parties in Ethiopia to find a “genuine path of reconciliation,” ahead of the first formal peace talks in Pretoria, South Africa, during Sunday Angelus on October 23.

“I follow the persistent situation of conflict in Ethiopia with trepidation. May the efforts of the parties for dialogue lead to a genuine path of reconciliation. May our prayers, our solidarity and the necessary humanitarian aid not fail our Ethiopian brothers and sisters,” the Holy Father said.

The African Union (AU) mediated peace talks, which is set to open today after weeks of postponement, brings together delegations from the Ethiopian government and rival Tigray People’s Liberation Front (TPLF) for a first formal meeting since the war broke out two years ago.

“The Government of Ethiopia views the talks as an opportunity to peacefully resolve the conflict and consolidate the improvement of the situation on the ground brought about through the sacrifices of the ENDF,” the Ethiopian Government announced in a statement dated October 24.

On the other hand, it is reported that the TPLF will press for an immediate cessation of hostilities, unhindered humanitarian aid and the withdrawal of the Eritrean army from the Tigray region during the talks.

The war rooted in a power struggle between the Federal Government of Ethiopia and Tigray authorities has led to the death of thousands of people, displaced millions and left hundreds of thousands on the brink of famine.