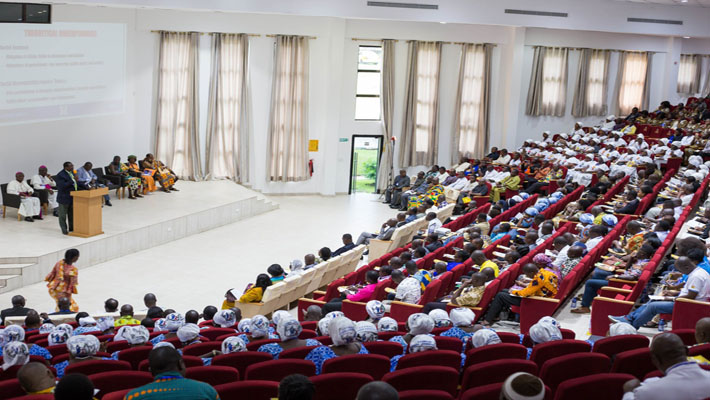 In December 2019 Ghanaians will go to the polls to determine whether the MMDCEs will be elected by the people, or appointed by the president.

The workshop held at the Bank of Ghana auditorium, organized by the Catholic Bishops’ Conference with funding from Konrad Adenauer Stiftung, expected to deepen democracy at local level and make MMDCEs more accountable to the people of the District.

According to Bishop Phillip Naamen, Chairman of the Ghana Catholic Bishops’ Conference when successful at constitutional amendment, the election of MMDCEs would mark a turning point in local governance and development.

“Even though a referendum is expected to take place in December, little is heard of it in public discourse. The Ghana Catholic Bishops’ Conference finds it rather worrying that such an important national exercise does not receive the level of participation in the discussions leading to this important national exercise, which, if successful, will lead to amendment of the entrenched article of the constitution,” he said in a speech read on his behalf at the meeting.

The workshop sought to promote effective and efficient representation, accountable local governance, participation of political parties in local government elections and election of MMDCEs instead of appointment by the president.

Professor Ebow Bondzi-Simpson, Rector of Ghana Institute of Management and Public Administration (GIMPA), indicated that the bill for the referendum on election of MMDCEs was limited in scope and that there are still ancillary clauses in the constitution that needed to be dealt with such as appointment of MMDCEs and 30 percent of assembly members by the president.