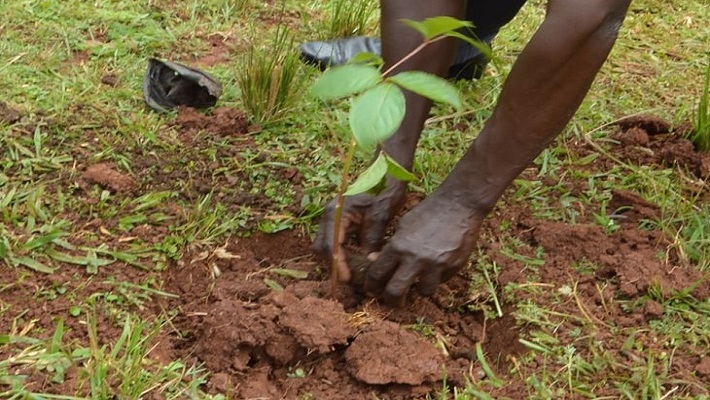 ACCRA, JUNE 11, 2021(CISA)-The Ghana Catholic Bishops’ Conference (GCBC) has announced plans to spearhead the planting of one million trees through the Green Ghana project, as part of their response to the Seven-Year Laudato sì Action Plan announced by Pope Francis.

“We wish to reiterate the Ghana Catholic Bishops’ Conference’s commitment to plant one million trees during this year’s rainy season as announced during our Plenary Assembly in early May,” reads a statement signed by Archbishop Philip Naameh, president of  GCBC  and Archbishop of the Catholic Archdiocese of Tamale on June 7.

“We entrust the coordination, resource mobilization, networking and partnership agreement to the Secretary General of the Conference…we are also working with relevant stakeholders in the Dioceses and the National Catholic Secretariat who will jointly issue a progress report on the program,” the bishops said adding the progress report will serve as a source of motivation to everyone involved in tree planting exercises in the country.

The prelates further invited other religious groups and Church institutions in the country to join them in planting trees in order to secure the country’s forest cover and maintain environmental conservation.

In April, The government of Ghana, announced plans to plant five million trees this year through the Green Ghana project .The tree planting exercise is scheduled on June 11.

On May 25, Pope Francis marked the end of year of celebrating the fifth anniversary of  Laudato si’ announcing a seven-year plan initiative known as Laudato Si’ Action Platform to implement environmental sustainability.

The action platform also includes response to the cry of the poor, ecological economics, adoption of simple lifestyles, ecological education and spirituality.