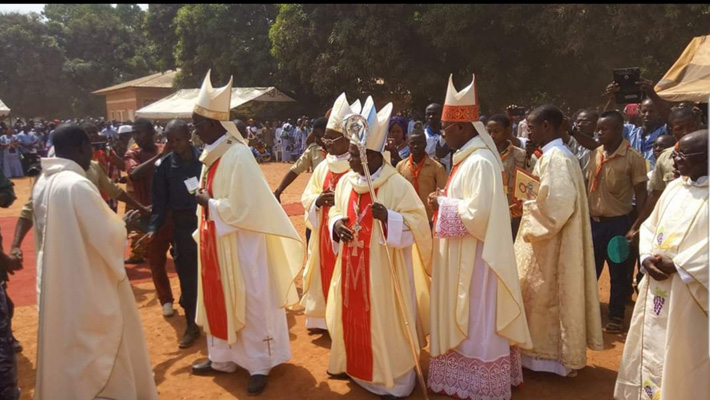 CONAKRY, JANUARY 21, 2020 (CISA)-Guineans will tomorrow, January 22 commence a three day of fasting and prayer for the ongoing standoff between the government and the opposition.

The Episcopal Conference of Guinea on January 15 invited citizens to join in prayer for the stalemate in the country instigated by proposals to amend the constitution.

The bishops in a press release also called on the demonstrators to maintain a calm environment from tomorrow Wednesday, January 22 to January 24, “…to invoke God to examine the situation in Guinea.”

The Guinean opposition, civil associations and the National Front for the Defense of the Constitution (FNDC) have since October 2019 led protests against President Alpha Condé’s wish to contest for presidency for a third term.

They implored Guineans to observe the days of fasting and intense prayers, “…to not only repent for our sins in thought, in word, in action and even in omission, and also to implore Kindness, Grace, Love, forgiveness and the effective presence of God on Guinea and on the Guineans with a view to peace, tranquility and stability in our country.”

Three protesters were killed on January 13 raising the number of deaths occasioned by the demonstrations to 30.