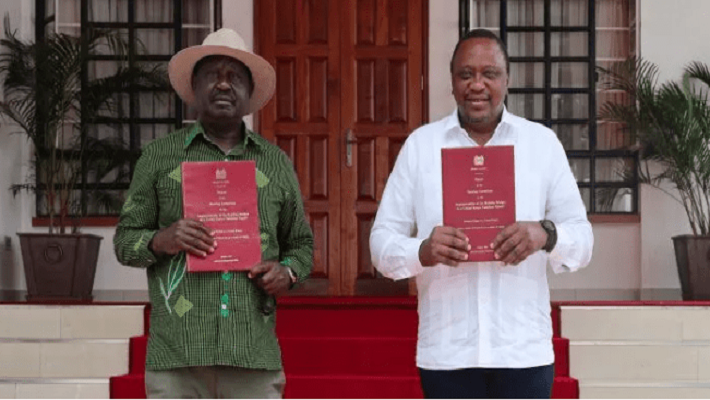 NAKURU, MAY 28, 2021 (CISA)-The Kenya Conference of Catholic of Bishops (KCCB) on May 27 called for a shift of focus from amending the 2010 Constitution through the Building Bridges Initiative (BBI), saying the amendment process should only be addressed after the August 2022 elections.

“We therefore propose that in order to ensure a democratic, constitutional and inclusive process that is based on the law and dialogue, any far-reaching constitutional amendments should be addressed after the August 2022 general elections… We demand that the August 2022 general elections proceed as provided for in the constitution and no thought of postponing it to a later date should be entertained whatsoever,” the bishops said in a press statement read at the end of their Ordinary Plenary Assembly held in the Catholic Diocese of Nakuru.

“We call for sobriety in all engagements over the decision of the court to avoid polarizing the country at this difficult time when we are faced with Covid-19 and as we approach the 2022 general election. Our leaders must uphold the rule of law and show respect for our institutions,” the bishops said referring to recent High Court ruling of May 15 that declared the BBI process null and void.

In line with the 2022 General Elections, the prelates called for an expedited process on the reconstruction of the Independent Electoral Boundaries Commission (IEBC) to avoid operational hitches towards polls.

The bishops also expressed concern over the delayed appointment of 41 judges cleared by the Judicial Service Commission appealing that an amicable solution is reached between parties concerned to address areas of contention to avoid crippling the operations of the Judiciary.

“…it is creating undue tension between the Judiciary and the Executive. It has severely affected delivery of justice and added backlog of unresolved cases due to the heavy workload placed in the hands of the few judges serving the Court of Appeal,” the prelates said.