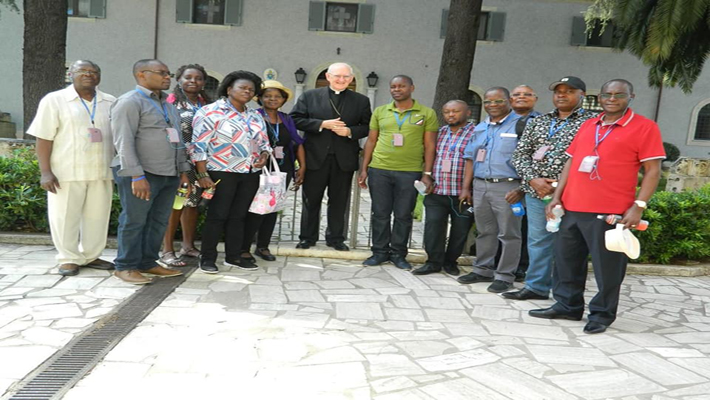 The meeting brings together Catholic Political Leaders in a non-partisan spirit, Catholic Bishops, Cardinals and Patriarchs from all over the world.

“The participants were first blessed by the Holy Father during their private audience with him at the Vatican and through the President of the ICLN, the legislators presented an Icon of Our Lady of Fatima which will go round all the countries represented at the ICLN until August Next year when it will end up in Fatima, Portugal where the legislators will converge for another meeting,” reported CAMPSSI on their official facebook page.

The Icon is a symbol of the Catholic Legislators putting their work, families and ICLN activities under the intercession and protection of Our Lady of Fatima.

Kenya will be the first country to remain with the Icon before handing it over to Ugandan Catholic Legislators.

The legislators visited the Papal Basilica of St Paul Outside the Walls and the Tre Fontane, the place where St Paul was executed.

“This gave them the opportunity to see the Pillar on which St Paul was beheaded, the prison cell where he was locked and the three fountains which sprung up at the three points where his head bounced after beheading,” reads the post.

They also visited various monasteries and religious sites as a way of enriching themselves with the history of their faith.

The conference was concluded with a private mass at the Vatican celebrated by ICLN Patron, Cardinal Schonborn.