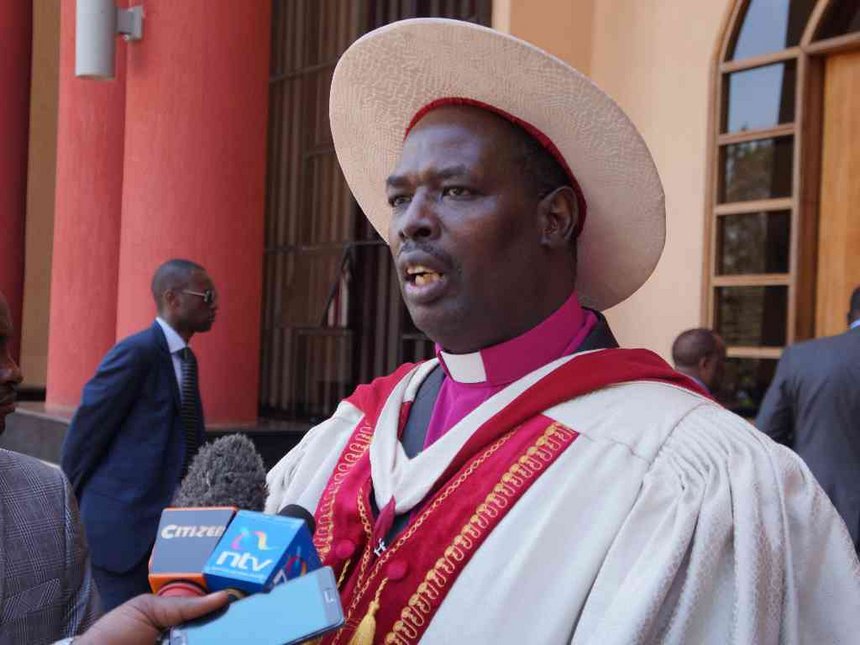 NAIROBI SEPTEMBER 29, 2017(CISA) – Anglican Church of Kenya (ACK) Bishops have raised their voice against the proposed amendment of the election laws saying the move will, “…mutilate the constitution and weaken the independence of government institutions.”

In a statement read September 27 by Archbishop Jackson ole Sapit at All Saints Cathedral in Nairobi, the church’s 35 bishops called upon politicians to respect the independence of the Supreme Court and the Independent Electrical and Boundaries Commission (IEBC).

“We note with deep concern the proposal to amend the constitution as a way of responding to independent decisions made by some of the independent government institution,” said Archbishop Sapit.

The proposed bill, moved by the Jubilee Party through its majority in the National Assembly is pushing to change election laws using the Election Laws (Amendment) Bill 2017 which they said will resolve ambiguities before repeat presidential election is held on October 26.

The minority members of the parliament have on the other hand termed the move as suspicious, mischievous and unnecessary.

The Bishops also called for the removal of electoral officials who bungled the August 8 elections that saw the Supreme Court nullify the Presidential election results.

“In order to avoid the possibility of another bungled election, IEBC must do everything within its power to cleanse itself and take corrective action, including exclusion of those who failed in their duties during the last elections,” said Ole Sapit.

The Bishops asked the IEBC to regain public trust by being transparent and in constant consultation and communication with the public. They advised IEBC to also listen and address all legitimate concerns raised by the presidential competitors.

“We in the Anglican Church are willing to lead these efforts in collaboration with other religious leaders. We therefore urge the presidential candidates for Jubilee and NASA to embrace dialogue in order to save the nation from impending disaster,” he added.