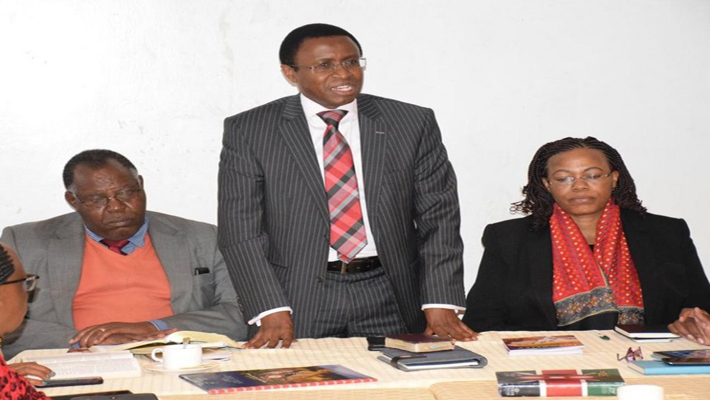 NAIROBI, OCTOBER 2, 2018 (CISA) – The Ethics and Anti-corruption Commission (EACC) chaired by retired Anglican Archbishop Eliud Wabukala, in collaboration with the Inter-Religious Sector has launched a Bible study Guide to be used by both groups and individuals to fight corruption.

The guide titled Integrity: A weapon Against Corruption launched on Wednesday, September 26 is projected to help Kenyans to learn more about God.

“The Bible Study Guide is intended to help Kenyans interact with the Bible and discover God’s position on corruption and his direction on living a corruption free life,” reported EACC on their twitter account.

The commission encouraged citizens to embrace the guide which is formulated widely on Gods teachings on corruption.

“Every member of our society has an opportunity to contribute to the success of the war against corruption. Regardless of your status in the society, you can make a difference. The Bible Study Guide inspires us to act and to believe our country can be free from corruption,” it said.

It further reported that “the fight against corruption is winnable but everyone must commit to live a life that enhances the virtues of integrity, justice, patriotism and love for one another.”

In July, the Dialogue Reference Group (a religious leaders driven dialogue platform) urged President Uhuru Kenyatta to declare corruption a national disaster to “facilitate adoption of extra-ordinary measures to deal with it.”

They described it as “a cancer that has pervaded every sector of our society, and which the current laws have proved inadequate to address.”