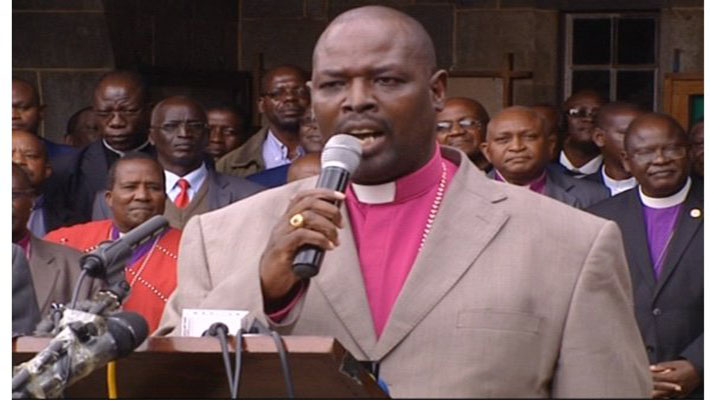 Speaking at a media briefing by the Multi-Sectoral Initiative Against Corruption in Nairobi, Archbishop Sapit said that the church will review such donations.

“Let us not allow harambee money to become a subtle way of sanitising corrupt leaders,” he said.

The Archbishop said giving should be done quietly as it is a form of worship. He promised to mobilise all Anglican clergy, faithful and people of goodwill to fight corruption.

“Christians, including politicians, are expected to worship God with their resources quietly as the Bible teaches. Bishops and Christians should hold fundraisers outside church buildings,” he said.

Archbishop Sapit also warned politicians who are undermining the ongoing war against corruption.

“State institutions mandated to fight corruption are deliberately being undermined, discredited, neglected or underfunded to weaken them. As Kenyans and God’s children, we must say no to those undermining those institutions and putting blocks against the war on corruption.”

He urged the clergy to inculcate the value of hard work as the only means to wealth accumulation.

His sentiments were echoed by Archbishop Philip Anyolo the Chairman of the Kenya Conference of Catholic Bishops (KCCB) who said the Catholic Church had banned politicians from using their churches for fundraising or any other functions.

“Our altars are purely for worship and fellowship. We will give a comprehensive statement on this matter on May 7 but that is our stand now,” said Anyolo.