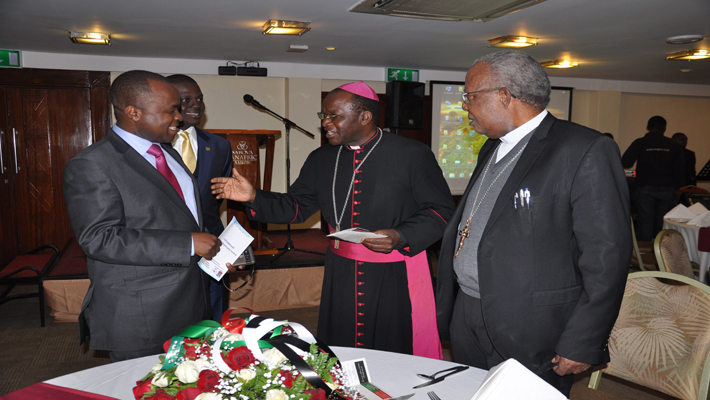 NAIROBI, JULY 13, 2018 (CISA)-The Catholic Archdiocese of Mombasa in collaboration with the Kenya Catholic Members of Parliament Spiritual Support Initiative (CAMPSSI) has held a dinner to raise funds towards completion of a retirement home for priests in Mombasa.

“We were having a fundraiser towards the completion of a building called Bishop Butlers wing, whose initial cost was estimated at Ksh 150 million,” Archbishop Martin Kivuva said in an interview with CISA.

The dinner held at a Nairobi Hotel on Wednesday July 11 aimed at raising KSh 80 million to facilitate the completion of the building whose official opening is scheduled for October 27.

The building named after the founding bishop of the Archdiocese of Mombasa will create space for the expansion of the pastoral center and house rooms for elderly, sickly, and retired priests of the diocese.

“I believe that we must care for the less fortunate in terms of age and those who are not able to care for themselves. May times we don’t know what happen to priests and religious when they retire, some of them are left alone,” the Archbishop said.

Present at the event were John Cardinal Njue, the Archbishop of Nairobi, Deputy President William Ruto, a number of parliamentarians and men and women religious.

Chris Wamalwa the Chairperson of CAMPSSI encouraged MPs to work together and support the Church and its development projects.

“…We don’t have political boundaries, we are one family comprising of members across the country brought together with an aim of impacting on the growth of the church,” he said.

He lauded the contribution of CAMPSSI in its advocacy for peace in the country through the national prayer breakfast which is held annually.