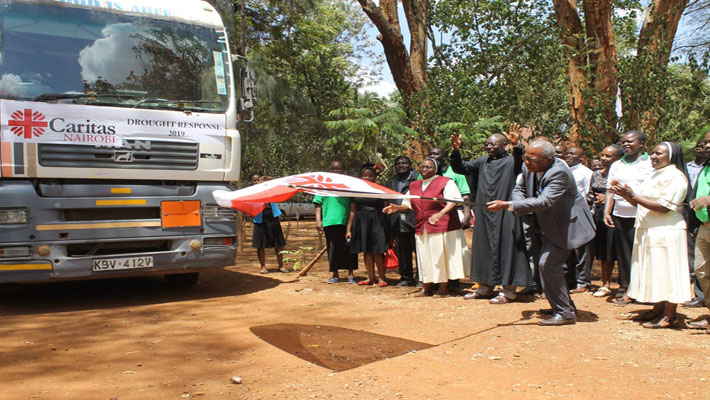 NAIROBI, APRIL 16 2019 (CISA) – John Cardinal Njue on April 15 flagged off truckloads of food donation in support of victims of drought in Baringo County.

“The donations received from parishes within the Archdiocese of Nairobi and well-wishers amounted to 70 tonnes valued at Ksh.7 Million. Monetary donations amounted to Ksh1.2 million,” reported Caritas Nairobi that coordinated collection and distribution of the donations.

This is in response to the ongoing drought being experienced in some parts of the country.

Baringo is reportedly one of the worst drought hit counties, with people and cattle dying and water sources drying up due to prolonged dry seasons.

In a March 19 statement, the Catholic Church, through Caritas Kenya appealed to people of good will to do make donations towards helping the people in drought stricken parts of the country.