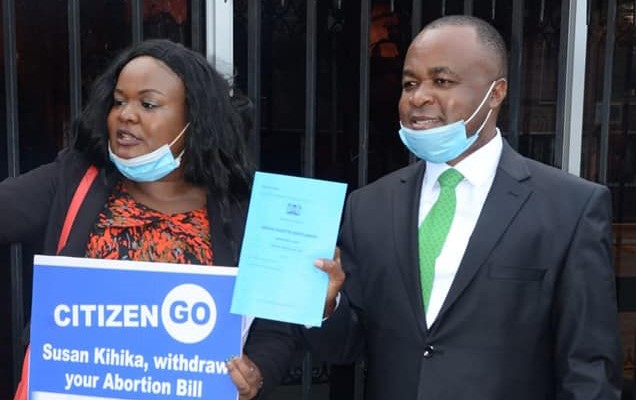 NAIROBI, JULY 3, 2020 (CISA) –The Catholic Members of Parliament have called for the withdrawal of the controversial Reproductive Healthcare Bill 2019.

“Senator Susan Kihika should withdraw the Reproductive Health-Care Bill 2019 because the spirit of the Bill is anti-life and anti-family. It will promote a culture of death, discrimination again children with disability, promiscuity among under age children, contraceptives, abortion among other unacceptable sexual practices,” the legislators said in a July 2 post on their Facebook page.

The legislators  say the bill is also the precursor for the unacceptable Comprehensive Sexuality Education through the Sexual Reproductive and Health Rights.

This move follows a plea by the Kenya Conference of Catholic bishops (KCCB) to Catholic legislators and other legislators of good will in a June 23 letter to reflect on the consequences of the bill that among other things, touches on family planning, assisted reproduction and safe motherhood as well as outlines instances in which abortion should be allowed under the supervision of a medical doctor.

In the June 23 letter, bishops noted that the country should focus on how to prevent unwanted pregnancies through positive means like mentorship and behavior change programs, life skills and human sexuality programs with a closer attention to social issues that lead to poverty, illness, fornication, peer pressure and uneasiness among people instead of granting women permission to terminate life of the unborn as a solution to “their problems”.