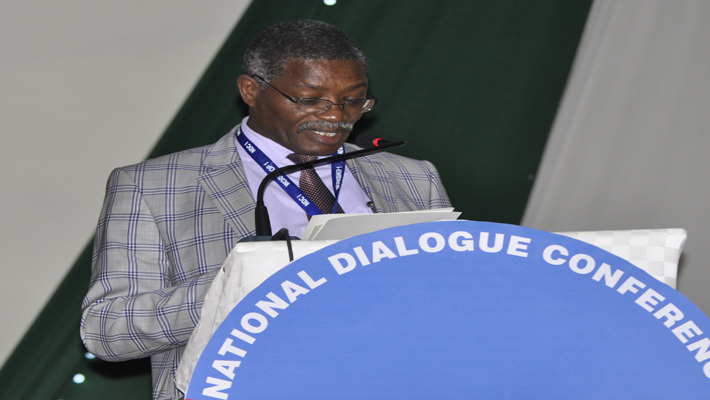 Speaking on Tuesday September 11, during the launch of the National Dialogue Conference held at Ufungamano house in Nairobi, he lamented the seclusion and underutilization of women in the previous and current dialogue initiatives despite constituting a bigger percentage of the country’s population.

“Whereas the constitutional provision of not having more than two thirds of one gender in national organs of governance and processes has guaranteed women their place in dialogue processes it is clear that a critical mass of technically and politically skilled women leaders have been left out of the steering processes of the national dialogue initiatives,” he noted.

“This conference however recons that the task ahead is quite enormous hence it requires the engagement of all stakeholders with a goal of ensuring that Kenyans have an adequate platform to engage,” he added.

Rev. Karanja assured of the commitment of Dialogue Reference Group in addressing national challenges through the National Dialogue Conference. He is hopeful that they “shall emerge with concrete proposals that speak to our unique situation as a country going forward.”

Voicing on the ongoing war against corruption, he expressed his dissatisfaction with the pace at which the graft cases are being handled.

“You must have realized that there seems to be too many arrests with little substance to show. For this reason, we are of the opinion that the war on graft could be given a lot of impetus with proper coordination among the concerned institutions with a view to ensuring quick prosecutions and convictions for those that are culpable,” he said.