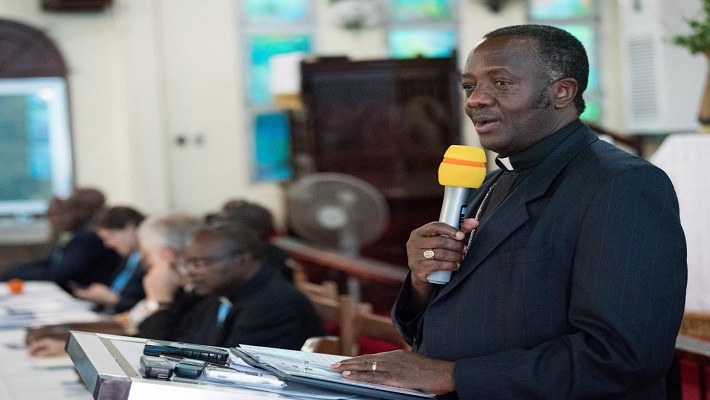 Through its Secretary General Rev. Dr Fidon Mwombeki the conference noted that enormous changes have taken place in bringing women into leadership against the preexisting mindset against women serving in certain positions in church.

“Rev. Dr. Mwombeki also said that there was cause for celebration over the milestones achieved so far by women. He noted that it was not so long ago that all leaders in the world were men, as well as all ministers of defence. This, he said, had seen a huge change,” reads a March 8 statement.

Mwombeki made the address during the virtual celebration of the International Women’s Day organized by AACC on the theme; the role of religion in enhancing women’s full and effective participation in leadership and eliminating all forms of gender based violence in a Covid-19 world.

“AACC was proud of the many men who were champions of gender justice. He said that the AACC had created a platform to make them visible, and wanted them to act as role models for other men,” it reads.

The virtual celebrations drew participants from all over the continent. According to the AACC Director of Gender and Women, Rev. Dr Lydia Mwaniki, religion is a powerful force for social and cultural change, particularly in the continent of Africa, and can be used to catalyse change.

“Our societies remain heterosexually male dominated spaces, while the feminization of academia is also the most understood trends in literature. As a result, instead of challenging the status quo that is male dominated, some women adopt the ‘masculinity behavioural attitudes and world views’ and make things more difficult for themselves to embrace their fellow women,” she said calling for answers on the continued institutionalization of women both socially and culturally.

Likico Paula, the youth Coordinator of Uganda Joint Christian Council (UJCC) in her speech urged religious leaders to include measures to address gender-based violence (GBV) and child protection in Covid-19 response and recovery plans and ensure that plans are gender and age responsive and multi-sectoral.