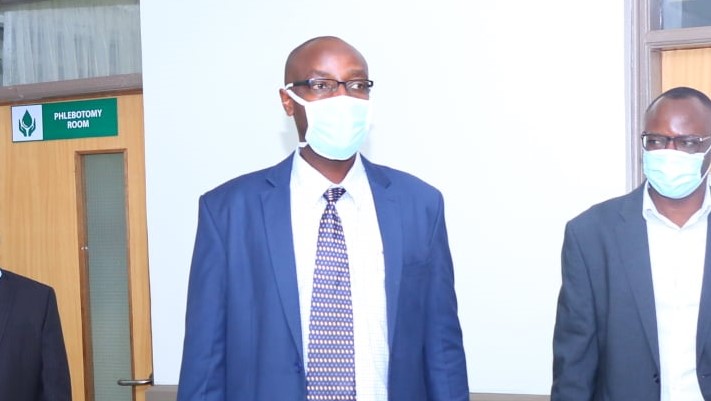 NAIROBI, NOVEMBER, 06 2020 (CISA)-The National Council of Churches of Kenya (NCCK) has called for an inclusive National Dialogue Process on the proposals contained in the Building Bridges Initiative (BBI) report before a referendum is held in the country.

“A comprehensive civic education be undertaken to ensure all Kenyans are made aware of the contents and make informed choices,” Rev Canon Chris Kinyanjui, General Secretary of NCCK, said as he urged all Kenyans to familiarize themselves with the report, and give their views and suggestions for amendments.

He was speaking at a November 5 press conference where he noted that that the NCCK appreciates various recommendations for inclusion that will help the country not fall into the cyclical election related violence.

“… The primary trigger for conflicts and violence in Kenya has been elections, owing to systemic and structural weaknesses in the electoral process. The result has been inconclusive elections that lack closure, and the resultant sense of exclusion of sections of the populace from decision making and resource allocation. It is for this reason that the Dialogue Reference Group (DRG), of which the NCCK is a member, has consistently urged for various measures to inclusion,” he said.

He expressed his disappointment that inclusion of women to close the gender parity in national leadership has not been looked into.

“The two thirds gender principle has not been adequately addressed despite the expansion of the National Assembly by 70 members. The provisions in this regard require further consideration to resolve this. Further, we find that the transfer of women representatives from the National Assembly to the Senate will deny women opportunity to be appointed Cabinet Ministers,” he said.

He advised against abolishing of the National Police Service Commission to replace it with a Kenya Police Council headed by the Cabinet Secretary for Interior.

He also advised against parliamentary political parties nominating commissioners of the Independent Electoral and Boundaries Commission as that will compromise the independence of the commission.

“The proposal in the BBI Report to have parliamentary political parties nominate commissioners of the Independent Electoral and Boundaries Commission will compromise the independence of the commission,” he noted.

The BBI report was launched October 26, in Nairobi with its proposals sparking a debate across the country on the need for consensus.