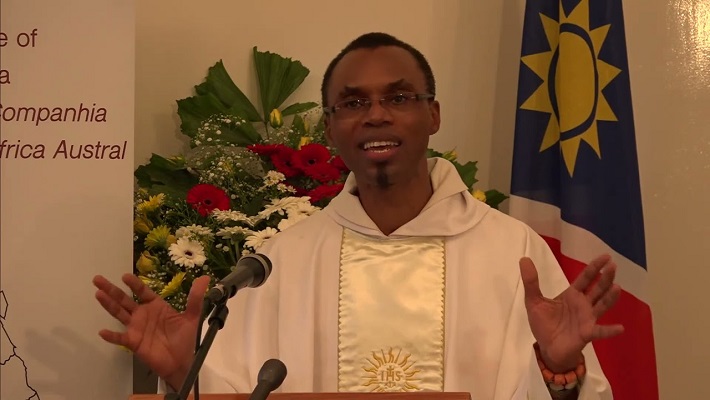 NAIROBI, DECEMBER 3, 2021 (CISA) – The Jesuit Conference of Africa and Madagascar (JCAM) has echoed the theme of World AIDS Day 2021: “End inequalities, End AIDS, End pandemics ” that all may enjoy lasting fruits of health and wellbeing.

“This year’s theme recognises that there are inequalities in the way countries and societies are responding to AIDS and other pandemics like Covid-19; that we need to end these inequalities because they are a threat to human and ecological life and wellbeing,” said Fr Agbonkhianmeghe E. Orobator SJ, President of JCAM, in a statement dated December 1.

Fr Orobator SJ says “Working to end inequalities, end AIDS and end pandemics will take a change of mindset and a loving heart to initiate actions against HIV/AIDS, and to triumph over COVID-19 and other pandemics in our time.”

He notes that inequalities when viewed from the perspective of HIV/AIDS, take social, economic and structural norms, in that, persistent inequalities between men and women significantly weaken efforts to curb the spread of HIV/AIDS and increase vulnerability.

“Such discrimination denies those living with HIV a fair chance in life, as they perpetually struggle with a combination of shame, blame, isolation, rejection, and the fear of death,” said Fr Orobator SJ.

He opined that “We cannot talk of mercy, compassion, and social justice when there are over 37 million people living with AIDS in the world, of which 25 million are in Africa – women, men and children who are almost forgotten and face inequality in treatment, access to medical care and dignified existence.”

“Accordingly, every person living with AIDS, whether in rural or urban settings, should have access to prevention, treatment, care and support, irrespective of their gender, race or religion,” he stressed.

Fr Orobator also underscored the progress of the Jesuits AIDS Network (AJAN) that was created twenty years ago to assist and restore the dignity of people infected or affected by HIV and AIDS.

“Over the last two decades, the African Jesuit AIDS Network has strengthened its mission to accompany those infected and affected by HIV through an integrated holistic approach to AIDS in order to eliminate the economic and social inequalities that they face in all spheres of life,” he said.

The member of the Society of Jesus (Jesuits) appealed, “to all women and men of goodwill in positions of leadership – whether government, relevant organisations, the Church or public leaders – to work together to defeat the enemies of human life, including HIV/AIDS and other vexing diseases, such as malaria and tuberculosis, as well as many other forms of pandemics that threaten life, such as injustice, human trafficking, poverty, gender-based violence and child abuse.”