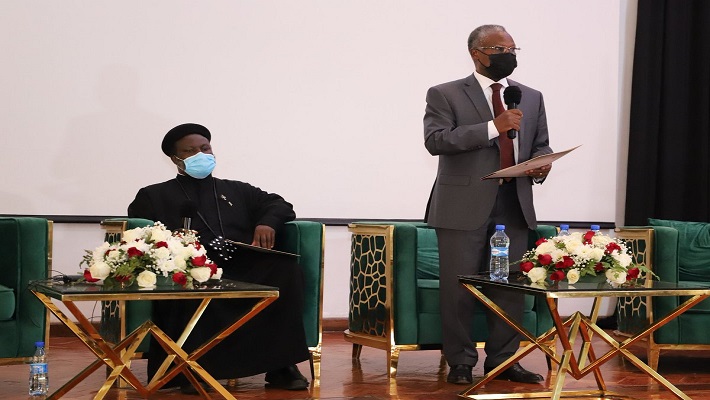 NAIROBI, OCTOBER 29, 2021 – (CISA) “We express our deep concern about the emerging political intolerance and appeal to politicians to embrace the diversity of opinion,” reads a statement dated October27, 2021, by religious leaders in Kenya.

In the statement signed by the chairperson of the National Cohesion and Integration Commission (NCIC), Rev Dr Samuel Kobia and Inter-Religious Council of Kenya (IRCK) chairperson Rev Fr Joseph Mutie, the leaders committed to providing leadership in peaceful elections , “to build a nation based on the principles of social justice, unity, peace, liberty and the fear of God.”

The religious leaders committed to using religious institutions’ structures to talk to politicians and the youth to embrace peace ahead of the 2022 elections.

“We commit to support the established institutions to do their role in ensuring peaceful elections and offer to be part of a national mediation team to facilitate dialogue and disputes resolution among all stakeholders,” harped on the leaders.

The religious leaders stressed the need for regular dialogue between the Independent Electoral and Boundaries Commission (IEBC) and political candidates, “to ensure a peaceful process before, during and after the elections.”

They encouraged the IEBC to “focus on technical issues deemed critical to election legitimacy, such as the electoral database’s reliability and election results compilation.

Kenya has previously experienced spurts of post-election violence in 1992, 2007/2008 PEV and 2017, all of which the leaders highlighted in the statement. The leaders also recognized, “emerging patterns and trends of electoral violence nationally,” including, “polarized discourses by political elites and the mobilization of the youth towards violence.”

“We urge the media to maintain a high level of professionalism, accuracy and impartiality in their coverage of political activities during this electioneering period.” Social media users were also urged to, “desist from using the space for incitements and violence and instead promote peace, “they said.

The religious leaders called on the youth to “harness their full potential and leadership as effective peacebuilders and break the destructive narrative of young people as drivers of conflict, or as victims.”

The Kenyan religious leaders appealed to Christians to take this “opportunity of change” to go register as voters, an exercise, which comes to an end on November 4, 2021.

“We urge our congregants to embrace the civic duty of making informed decisions, get registered as voters and be ready to vote,” read the statement in part.