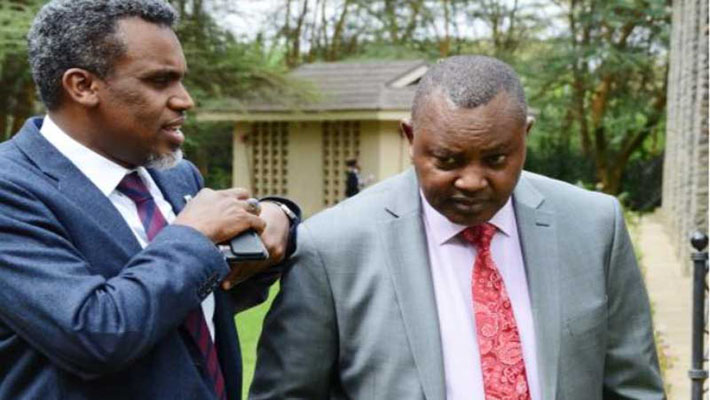 NAIROBI, OCTOBER 11, 2019 (CISA)-The Director Public Prosecutions Noordin Haji, and Director of Criminal Investigations, George Kinoti, have lauded the Kenya Conference of Catholic Bishops (KCCB) for taking a stand and for their spiritual and moral leadership in the war against corruption.

“The stand by the Kenya Conference of Catholic Bishops has provided clear directions through which faithful can back their faith claims with corresponding praxis of morality and accountability,” reads a joint statement released on October 9.

Referring to the statement by KCCB titled, “Promoting the Justice of God: A campaign Against Corruption,” the DPP, and the DCI commended the steps outlined by the bishops saying they are practical, bold and, “…indicate resonating with the direction we desire to have as institutions and a country.”

“Corruption must be fought using not only constitutional instruments but also through and with our social and cultural institutions; of which faith and religion form a key cornerstone,” the statement adds.

According to the agencies, corruption has slowed development and compromised the State’s ability to deliver services to Kenyans.

“It weakens public institutions and erodes public trust diminishing common mwananchi’s confidence in both our National and County Administrations. As a people, it has robbed us our morality and values slowly but steadily degenerating the societal fabric,” they said.

On Sunday, October 6, a day after the anti-corruption declaration by the bishops, the Ethics and Anti-Corruption Commission (EACC) CEO, Twalib Mbarak, commended the move calling for proper accountability and transparency in handling all financial donations to the church.

“The decision by the Catholic Church to rally its faithful to strongly support the fight against corruption and ban all donations without proper source is welcomed,” said Mbarak.

In the past churches in Kenya have been accused of derailing the war on corruption by accepting “dirty money” from politicians.